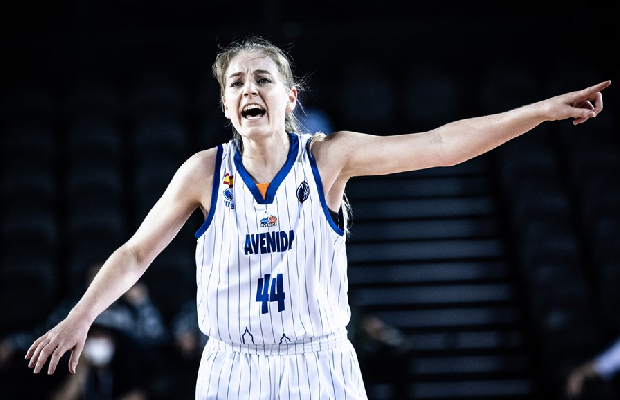 Karlie Samuelson is one game away from the EuroLeague Women title after helping Perfumerias Avenida to victory on Friday night, in Istanbul.

The GB international recorded five points, six rebounds and three assists in the Spanish side’s 72-61 triumph over Sopron in the second semi-final.

Avenida – who were champions of the competition in 2011 – will now face five-time winners UMMC Ekaterinburg in Sunday’s final.

Samuelson and her side remain unbeaten in EuroLeague action this season with nine wins from nine, whilst also advancing to the semi-finals of the playoffs in their domestic league.

Last week, Temi Fagbenle reached the EuroCup final but suffered an agonising loss at the buzzer to miss out on the title.