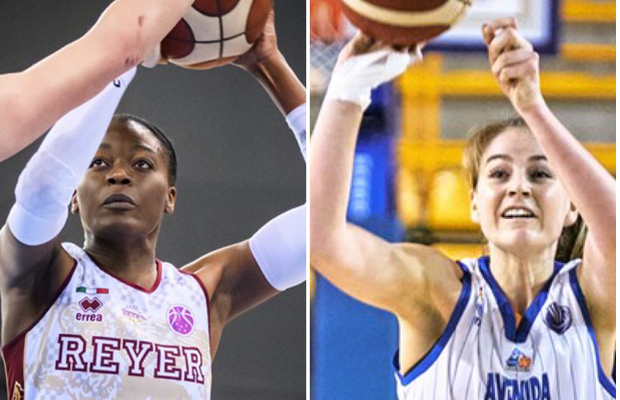 GB international duo Temi Fagbenle and Karlie Samuelson have both helped their respective teams reach the Final Four in Europe.

The former WNBA champion had contributed 12 points without a miss along with six rebounds and three steals in a Round of 16 battle with compatriot Cheridene Green, who recorded 14 points and six boards in the 72-63 loss with Gorzow.

Meanwhile, Samuelson – who is playing alongside her younger sister, Katie Lou – helped Perfumerias Avenida overcome Spanish rivals, Spar Girona as they claimed a 145-131 aggregate victory over the two legs.

The 25-year-old sharpshooter hit double figures with 10 points in the first leg success to go with two assists and two steals in the eight-point win on their home court.

Fagbenle and Venezia will face Szekszard in the semi-finals of the EuroCup with the Final Four weekend scheduled for 9-11th of April.

The EuroLeague culmination is set to take place the following weekend with Samuelson and Avenida taking on the winner of the last eight tie between Sopron and Lyon.