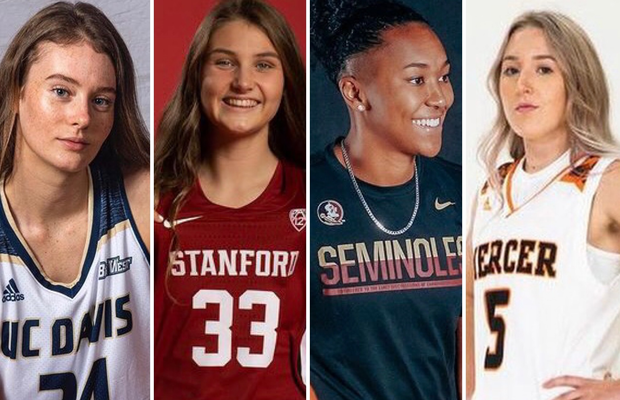 It’s time to dance. There are four British players flying the flag and representing at March Madness with the 2021 NCAA DI Tournament starting this weekend. Stanford go into the tournament as one of the favourites to go all the way with an impressive 25-2 record on the season, with the two defeats coming in successive games in January. A first regular-season title was secured by the Cardinal before they swept through the Pac-12 Tournament – concluding with a 20-point victory over UCLA in the Championship game.

Jump has averaged 7.2 points per game in her sophomore year with a 42% success rate from three-point range. The former England junior international hit a best of 17 points and adds to the strength in depth of the #1 seeds. Florida State faced a nervous wait in the Selection Show as their place at an eighth consecutive NCAA Tournament was confirmed. The Seminoles went 10-8 in a reduced season with just one defeat at home, but they bowed out at the quarter-final stage of the ACC Tournament with a one-point loss to Syracuse.

Wilkinson played in 13 of the 18 games, averaging 14.4 minutes per game in her role off the bench having been plagued by injury at times during her college career. The redshirt junior has 3.3 points and 2.7 rebounds with 55% shooting from the floor. Mercer missed out on the SoCon regular-season title, but earned an automatic bid by sweeping their way to the Conference title with a 60-38 triumph over Wofford in the Championship game. They have a tough opener against a #1 seed, but if they were to spring an upset, there could be an all-British clash in the Second Round with the winner set to face either Florida State or Oregon State.

Stradling appeared in 10 games for the Bears with a best of five points in her season opener. The Cardiff-native saw court-time in Mercer’s Championship-clinching victory and also headed to the NCAA Tournament during her freshman year. UC Davis completed a regular season and Conference Championship double with a 13-2 record on the season. The Aggies make their third trip to the NCAA Tournament having now won five straight Big West titles and will be a candidate for a first round upset when they take on the #5 seed Missouri State.

Jones has only appeared in four games during her redshirt freshman year and has become accustomed to success having been part of the programme at Charnwood College, whilst competing in the WBBL with Leicester Riders.

Where Can I Watch March Madness in the UK?