What GB need to do to qualify for EuroBasket 2022 - Hoopsfix.com

What GB need to do to qualify for EuroBasket 2022 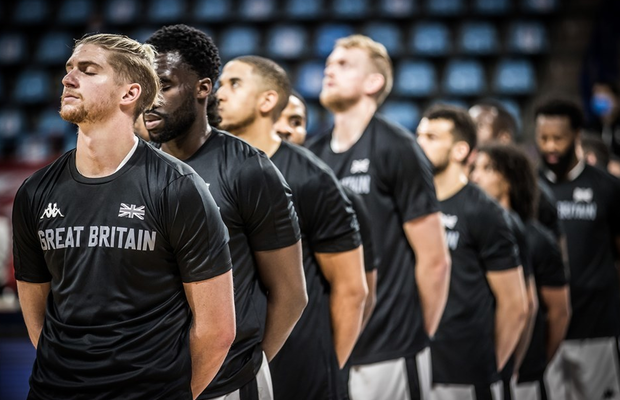 Great Britain’s Senior Men control their own fate heading into the final window of the FIBA EuroBasket 2022 qualifiers.

Marc Steutel continues as acting head coach with the squad currently in the bubble in Podgorica – home to Montenegro with the two sides likely competing for the final spot from the group.

GB’s impressive 74-59 victory in November gave them the crucial head-to-head over Montenegro, meaning that they just need – at worst – to match their results to advance.

BIG weekend ahead for GB. Will qualify in at least 10 of 16 possible combinations, but importantly control their own fate.

Wins for GB/France on Saturday would avoid any final day drama.

Germany sit bottom of the group, but automatically qualify as one of the four co-hosts, which leaves two other available spots from Group G with France leading the way with a 3-1 record.

The 2019 World Cup bronze medalists will be favourites to finish with two wins over GB and Montenegro over the weekend, with games against Germany potentially proving decisive.

Two wins would guarantee GB qualification from the group, while one win may prove to be enough should Montenegro lose at least once and the same goes if GB suffer two defeats, then they would require Montenegro to also lose both games.

GB start the final window with an encounter with Germany having recorded a seven-point win behind an inspired Luke Nelson display in Newcastle little over a year ago.

Another victory over Germany on Saturday – combined with a France win over Montenegro – would seal GB’s spot at next year’s EuroBasket without the worry of the unknown going into the final day on Monday.

It would be a second consecutive qualification to the Final Round for GB having gone 0-5 in the 2017 edition with defeats coming against Belgium, Turkey, Latvia, Serbia and Russia.