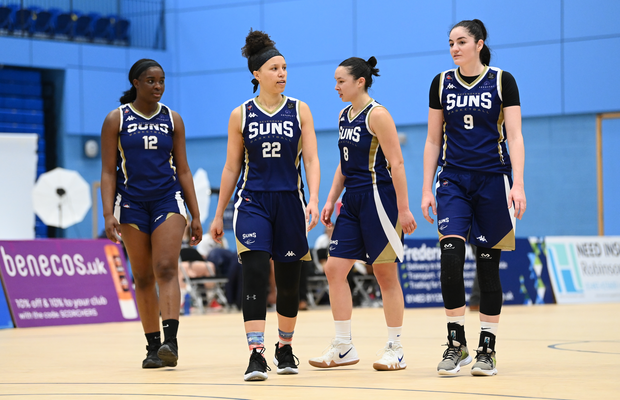 Sevenoaks Suns will be reinstated in the WBBL Cup to take on Leicester Riders in the final with the new date confirmed.

The two unbeaten sides will meet to decide the season’s first piece of silverware, in Manchester, on Friday 12th February – live on Sky Sports.

Len Busch’s side had previously withdrawn from the competition – as part of the club’s decision to take a break from playing, citing health concerns – with the final unable to be delayed.

Their position went to Nottingham Wildcats, but the final was then postponed as Leicester Riders were forced to pull out due to players/staff requiring to self-isolate with Cardiff Met Archers also unable to step in.

That raised the opportunity for the Suns to rightfully take back their place and this was decided upon in a vote at a WBBL board meeting this week.