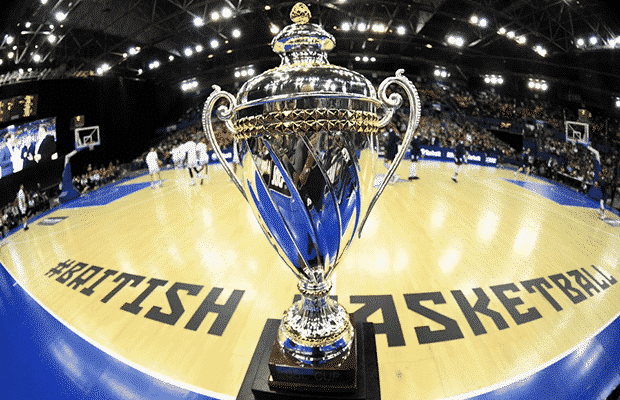 It is understood London Lions will be fielding a roster of just 8 players ahead of today’s BBL Cup Final in Leicester due to a COVID-19 outbreak, Hoopsfix can reveal.

The news of potential issues surrounding the team was first reported by MVP this morning.

Lions have had six players – all of whom were asymptomatic – test positive following PCR tests that were done at the end of the week in preparation for their FIBA Europe campaign starting on Tuesday.

“As part of their preparations for Europe, London had testing carried out which has resulted in six players returning positive results,” a league spokesperson told Hoopsfix.

“The team have not been in contact within 72 hours post testing which is why the game can still continue.”

It is believed that Joe Ikhinmwin, DeAndre Liggins, Andre Lockhart, Ed Lucas, Kingsley Okoroh, and Jordan Spencer will be unavailable for the BBL Cup Final, all being required to self-isolate.

There were in depth discussions on Saturday night – including at one point the idea of Manchester Giants replacing the Lions, a source says – but it was decided the game could proceed under the league’s COVID protocols.

Additionally, the assigned table officials for the contest have withdrawn due to not being comfortable with the situation, as the league has been seeking replacements this morning.

It raises questions over the Lions European campaign, as they were due to be departing on Monday, with Hoopsfix understanding withdrawal is being considered.

UPDATE: Hoopsfix received the following statement from the London Lions:

The London Lions can confirm that following a positive case of COVID-19 within the team, the full Lions’ bubble and all staff attending the final underwent both PCR and Rapid Flow tests in the last three days, and in keeping with COVID-19 regulations, 8 players have been cleared to play.

Understandably, the safe recovery of these players and the safety of the club and those we interact with remains our number one priority. In terms of immediate and future protocol, we continue to proceed with great caution, ensuring a deep sanitisation process of all common areas and training facilities.

All affected players have been in self isolation since the first positive test and the team have not trained together for over four days; all staff attending the final have also passed two Covid tests in the last four days.

Moving forward to the FIBA Europe Cup, we have restructured the team to ensure we are still able to partake in Tuesday’s game against Anwil safely, and very much look forward to progressing through the competition successfully.

Everyone at the London Lions continues to wish speedy recoveries to all of our colleagues who remain in self isolation following their test results.

To clarify, the Lions are not referring to one, final, positive test rather the point at which the first case was detected. From this point the team and staff self-isolated and underwent two separate PCR and rapid flow tests, the results of which showed six positive tests within the team.