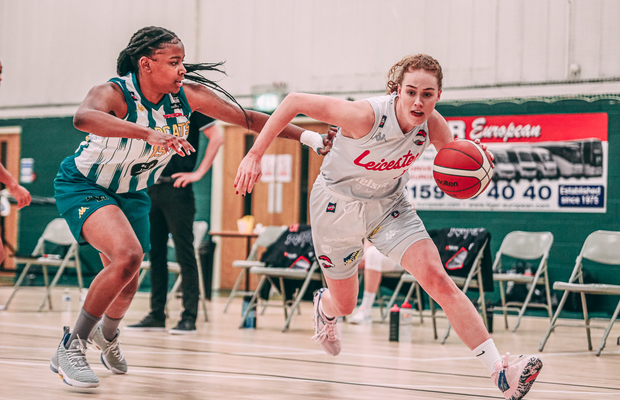 The WBBL action for 2020 has come to a close after three games took place over the weekend.

BA London Lions, Cardiff Met Archers and Leicester Riders all recorded their first league wins to end the calendar year on a high.

The Suns are unbeaten heading into 2021 and had an extra week’s rest as they can enjoy the festivities before their next action on the road against Manchester in a few week’s time.

Just like the Suns, the Riders were given a stern test in their first league game of the campaign before eventually overcoming Nottingham on the road by five points. Holly Winterburn had another big game, leading the way with 24 points, six rebounds and three steals including decisive free throws down the stretch.

The interior defence did another great job in containing Jasmine Joyner’s scoring impact, but saw Chelsey Shumpert catch fire from beyond the arc. Down 61-53 with 4:50 left, the Riders’ defence stepped up when it mattered and closed out the game on a 16-3 run to take the victory.

It was nearly the perfect end to the year for the Wildcats as a Chelsey Shumpert inspired display saw them push Leicester all the way. The American hit eight threes and had 17 of a game-high 36 points in the fourth to put her side up as many as eight, though they couldn’t hold on.

Shumpert did also have 10 of the 24 team turnovers that converted into 21 points for their opponents with Jasmine Joyner held to 12 points as the only other player in double figures. They were also without Tia Freeman – joining Siobhan Prior on the sidelines – as Shaniya Rose earned a spot in the starting lineup after impressing this season.

After a disrupted Cup campaign, the Lions got underway in the league on Sunday and produced an impressive performance to beat the struggling Eagles by 13 having led by as many as 27 in the contest. Cassie Breen came out firing with all 26 points in the first half to lead the early onslaught.

Back-court duo Kennedy Leonard and Shanice Norton both added 17 points apiece along with a combined 15 assists in the win with Paige Robinson pulling down 11 rebounds. A promising start for the new-look Lions after their 0-16 record last year and they will be looking to keep getting better.

Hear What Head Coach Mark Clark Had To Say After The Victory Over @newcastleeagles In The @wbblofficial#Abbeynation pic.twitter.com/bWIoXsVbeL

The Mystics enjoyed a much-needed first win when they eased past Newcastle two weeks ago, but they dropped their fourth game on the season on Saturday as they fell on the road to Cardiff.

Ebony Horton top scored with 18 points in a close encounter as Manchester were unable to make the decisive run in the fourth quarter to trouble the Archers. The visitors also went 13-of-22 from the foul line, compared to a near immaculate 16-17 from their opponents. A deep roster full of talent, but still work to be done.

An impressive first win for Cardiff as they defeated Manchester by five points on their home floor through an all-round team effort. Mara Marchizotti top scored with 18 points along with 14 rebounds with Shannon Hatch close behind on 16 points and two other players in double figures.

The Archers had a four-point lead to take into the fourth, but controlled the game as they opened up a brief double-digit lead and kept their opponents at bay to avoid a longer wait for their maiden success of the season.

Our best plays from last weekend's victory in the @WBBLofficial are now on our YouTube channel!

Another tough loss for the Eagles with an 0-3 start not living up to their expectations pre-season, though they have had rotten luck when it has come to injuries. After a slow start against Barking, they rallied in the second half and showed a glimpse of what to expect moving forward.

A short break now until their next outing and the Eagles will be hoping to close to full strength again soon.