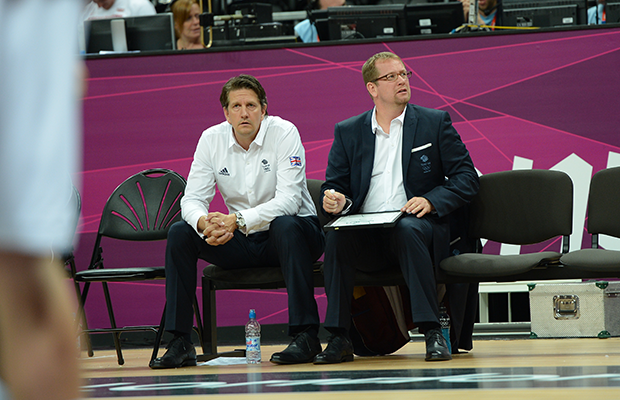 Former Great Britain Olympic coaching duo Nick Nurse and Chris Finch will be reunited in the NBA, as Nurse has hired Finch as his assistant with the Toronto Raptors.

There is a third member of the British contingent in the Raptors programme, as Newcastle Eagles legend Fab Flournoy is also on the coaching staff, having been hired when Nurse first got the job. All three know each other well from their time in the BBL and have a combined 38 BBL titles between them, according to Dan Routledge.

Welcome to the family, Coach. #WeTheNorth

Finch – who began his coaching career with the Sheffield Sharks from 1997-2003 and was named BBL Coach of the Year in 1998-99 – was at the helm of the Great Britain national team programme from 2006 through to the London 2012 Olympics, being assisted by Nick Nurse from 2008.

Nurse was hired by Toronto in 2018 and has since won an NBA title and NBA Coach of the Year award.