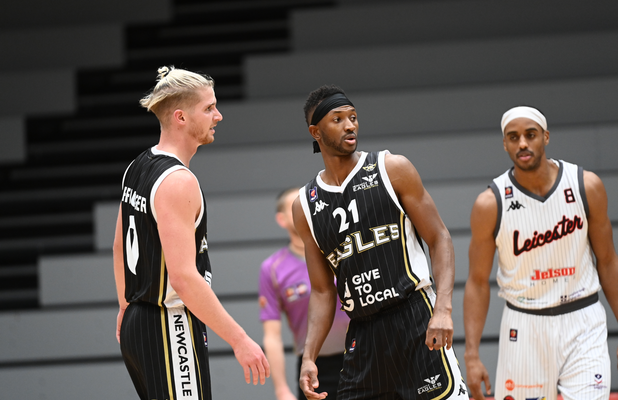 Manchester Giants became the first side to book their spot in the last eight of the 2020-21 BBL Cup on Wednesday with five spots still up for grabs.

The bottom side in each of the three groups will be eliminated at the end of the group phase to leave the remaining eight teams heading into the quarter-finals, with Plymouth Raiders and Surrey Scorchers also assured of their places.

Here’s a run-through of the three groups and what could happen over the closing weekends:

Following Bristol’s five-point loss to Worcester last night, it meant both Plymouth and Surrey have qualified. While the Scorchers could still finish with the same record as the Flyers, they hold the head-to-head and a three-way tie is not possible with the Wolves as those two teams still meet.

Bristol have to win their final game against Worcester by a margin of 5+ points to take the head-to-head, but first hope Matt Newby’s side don’t pick up a win in next weekend’s double-header.

If Plymouth beat Surrey, then only Worcester could stop them topping the group by winning their final three games. If the Wolves were to lose against Surrey or Bristol, they would have to beat the Raiders by 36+ in order to take the head-to-head if the two teams finish with the same record.

Manchester’s dominant 42-point victory over Cheshire in mid-week saw them book their spot into the last eight, whilst leaving the 2018 Cup winners on the brink of elimination. The Phoenix face a highly improbable task of needing to better the 30-point defeat suffered at the hands of Glasgow – with a depleted squad – then hope the Giants finish 4-0 to avoid the Rocks picking up another victory.

London Lions boosted their qualifying hopes with a 20-point win in the North-East on Friday night. This means that the Sharks face the unenviable task of needing to beat both the Eagles and Riders in their final two games, though both sides may be through if the Riders win on Sunday.

If the Riders win, the Sharks need two wins by any margin as they could surpass the Lions – who hold the H2H between the two.

However, if the Lions win then the Sharks would need to improve their points differential, in which case the Eagles could become the most vulnerable in a four-way tie if they were beaten in double figures – and in these uncertain times, 20-0 victories could still factor with COVID.

Second and third spot in the group could be the difference between facing Glasgow or Plymouth in the knockout phase.