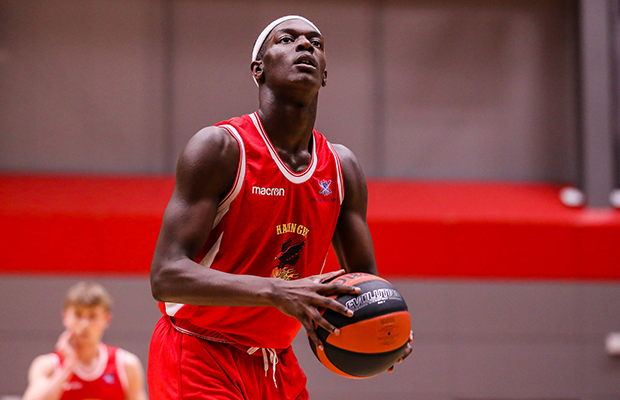 The 6’8″ forward is currently doing a year of Prep School at Loomis Chaffee, but will be joining a fellow Brit, Tosan Evbuomwan, at Princeton next year.

“I mean, it’s Princeton,” Newbury told Hoopsfix on why he decided to sign there.

“It speaks for itself, to go there, study and play the sport that I love. I think it was a great decision.”

Newbury was named 2019-20 ABL Eastern Conference MVP as he recorded a league best 36.1 efficiency rating, averaging 23.4ppg, adding a league best 5.3apg and 4.0spg whilst leading Haringey to a 14-1 record.

On the role he sees himself having at the college level he added:

“Coach Franck (Batimba – Haringey Hawks) always taught defence first, I’ll impose my presence that way first and then adapt to the rest of their game. I know they are a team that likes to shoot so whether I’m feeding shooters or taking the shot, it don’t matter to me.”

Princeton are currently doing remote teaching, as the season has been postponed until at least 2021, though there remains doubt whether there will be a season at all.

Princeton went 14-13 last season, finishing third in the Ivy League with a record of 9-5 before the season was cancelled.