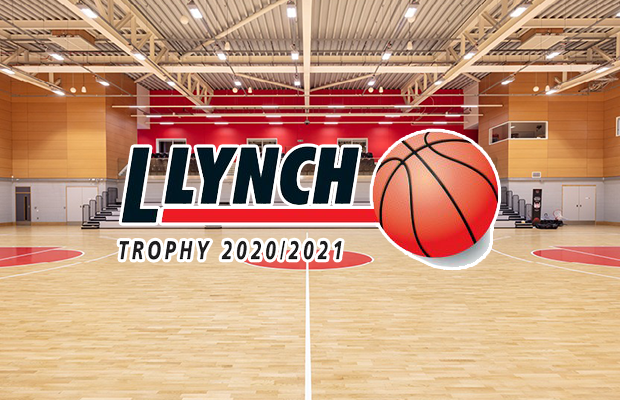 The 2020/21 basketball season will tip-off on October 10 with a new piece of silverware on offer for teams in NBL Men’s Division One following the creation of the Lynch Trophy.

The competition – driven by the clubs and being sanctioned by Basketball England – sees all 14 NBL Division 1 clubs, plus invited academy sides Myerscough and Charnwood, compete in the tournament which is sponsored by L Lynch Plant Hire & Haulage.

It will provide a welcome replacement for the cancelled National Cup competition, and is somewhat similar to the National Trophy format which stopped running ahead of last season.

“We are really pleased to support and work together with NBL1 clubs to help them form this pre-season event,” Gail Richards, Basketball England’s Senior Delivery Manager said.

“We are coming through a difficult time for the sport and we are confident the event will help us understand some of the challenges faced by players, clubs and officials heading into the new season, while giving the teams the opportunity for some competitive action.”

The group stages – with all 24 games to be live streamed – will be competed in four regional central venue ‘bubble’ groups of four over three weekends, taking place across Oaklands, Solent, Loughborough and Myerscough on the 10/11, 17/18 and 24/25 October, and will be used as trial events for the coming season.

The event will provide controlled windows for clubs, officials, coaches and players to understand the ‘new normal’ and how games will need to be conducted before NBL Division One commences on the weekend of October 31/November 1.

Playing each other once, the top two sides in each group will progress to the quarter-finals, which will continue on Sundays as the NBL D1 regular season commences.

“It’s great to be involved in a national competition with clubs stretching from Newcastle, to the south coast where we expect Worthing and Solent to challenge, and with Hemel Storm and Oaklands Wolves on our doorstep. We know there will be some entertaining games.

“The Lynch Trophy 2020/21 is an exciting new tournament and we’re excited to play a part.”

Related ItemsLynch Trophy
← Previous Story Joshua Guddemi looking to give back on return to Derby Trailblazers
Next Story → CJ Hayden, Milo Sigmund-Gordon return from the US to join Loughborough