CJ Hayden, Milo Sigmund-Gordon return from the US to join Loughborough - Hoopsfix.com

CJ Hayden, Milo Sigmund-Gordon return from the US to join Loughborough 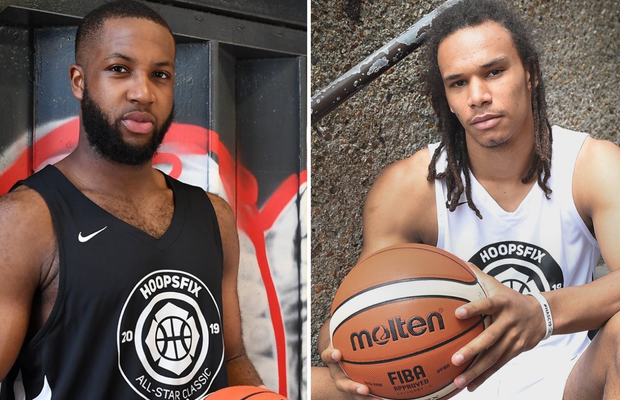 CJ Hayden and Milo Sigmund-Gordon have both returned from the US to join Loughborough Riders for the upcoming season.

The duo – who both competed at last year’s Hoopsfix All-Star Classic in the Class of 2019 game – both completed their freshman years at JUCO level in the 2019-20 season.

Hayden spent a year at Gillette College having previously represented GB at Under-20 and Under-18 level. The 2000-born forward was MVP in the Central Conference in the 2018-19 edition of the ABL after leading Aston Manor to an unbeaten regular season.

“I chose Loughborough because I believe it is the best programme for university players to achieve an education and play at the top level in the UK with such amazing facilities and coaches,” he said.

“I’m looking forward to showing the UK what I have to bring to the team and chase silverware during my time here.”

A post shared by Loughborough Basketball (@lborobasketball) on Oct 7, 2020 at 1:30am PDT

Sigmund-Gordon arrives from Vincennes College having departed to the US from Canterbury, where he averaged 17.1 points per game in the 2018-19 EABL season in making the All-South Conference second team.

“Loughborough is a great programme with high quality coaching, great facilities and Championships,” he added. “I think it’ll be the right environment for me to develop in.

“With players who will push me everyday on my team, it will definitely help me grow individually.”

A post shared by Loughborough Basketball (@lborobasketball) on Oct 8, 2020 at 1:15am PDT

Meanwhile, Chris Linsley has also returned to the UK following a year in Portugal as part of the Sunlive Basketball Academy having previously came through the junior programme at Newcastle Eagles.

Jeremy Lievin – another Newcastle native – also joined the Riders after making the move from Oaklands College, while Chester Morrell and Jonathan Fakile join from Kent Crusaders.