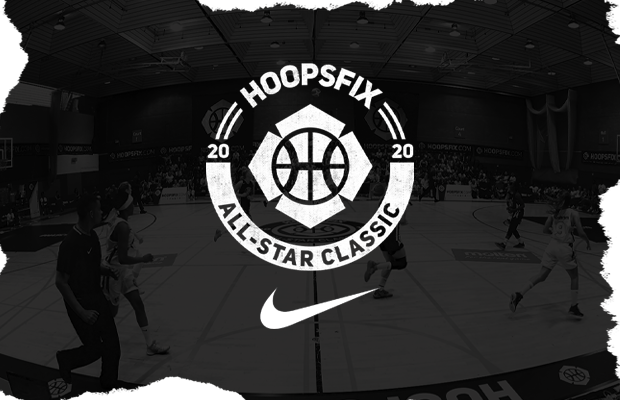 The rosters for the 2020 Hoopsfix All-Star Classic Underclassmen game have been revealed, despite its cancellation due to the COVID-19 pandemic.

The annual event – supported by Nike and 5or6 – would have brought together the top male and female junior players of their generation to play in three All-Star games across two days (find the Class of 2020 rosters here, and the Under-19 Women’s game rosters here).

With countless national titles and a wealth of international experience between them, the Underclassmen selection was made to recognise players with at least one more season before heading to US colleges and UK universities.

The selections are headlined by two early commits, in Wake Forest bound Cameron Hildreth, and Baylor bound Jeremy Sochan, both of whom would have been returning for a second appearance after making their debuts in 2019.

Great Britain Under-18 Josh Uduje from the Knox School in the US, joins Sochan, as another foreign-based player who made the cut, along with debuts from Great Britain Under-16 point guard Quinn Ellis – originally from Sheffield, but now in Italy with Orlandina, his GB teammate Michael Belle who has just finished his first season with Strasbourg in France, and Sam Alajiki who has been receiving interest from a number of Division 1 schools after joining Beckley Prep in the US, having started the season at Barking Abbey.

6’10” big man Giovanni Emejuru from Charnwood was also selected for his debut in the Classic, having turned heads this season, along with teammate Victor Ndoukou – last year’s GB U16 captain, whilst JMA duo Latrell Maitland – MVP of the Valencia Basket tournament this year – and lengthy GB U18 forward Sam Grant also both received invites.

Haringey Hawks, after a dominant season, see a trio included, with backcourt running mates Alex Distras – U18 National Cup MVP and EYBL standout – and Owen Young, who is heading to Iceland for a prep year, plus big man Ndewedo Newbury – the Eastern Conference ABL MVP – all receiving call ups.

Another ABL MVP (Northern Conference), in Queen Ethelburga’s Elijah Walsh adds scoring punch, with ABL Eastern Conference Defensive Player of the Year and First-Team member Moses Gordon from New City College providing balance at the other end of the floor.

Despite the game not taking place, the players will receive player profiles on the Hoopsfix All-Star Classic website and be recognised as alumni of the game.