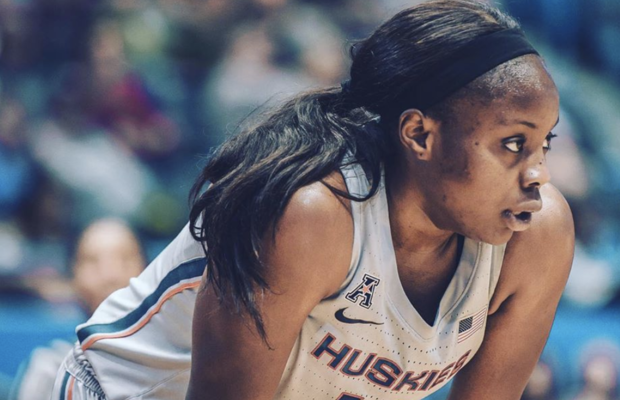 Evelyn Adebayo has made the switch to join Spanish second division side Alcobendas at the start of her pro career.

The 23-year-old had initially signed with Phantoms Boom in Belgium during the summer, but has since left the club during pre-season – despite a 16-point, 13-rebound display – and now heads to Spain.

Adebayo graduated from prestigious NCAA DI school UConn earlier this year having transferred from Murray State and also won the Conference Championship title with the Huskies.

The former GB Under-20 forward is now set to come up against fellow Londoner, Shequila Joseph after she signed with LF2 side Leganes.

Alcobendas had a 15-6 record in Spain’s LF2 last season and were set to get their 2020-21 campaign underway last weekend.