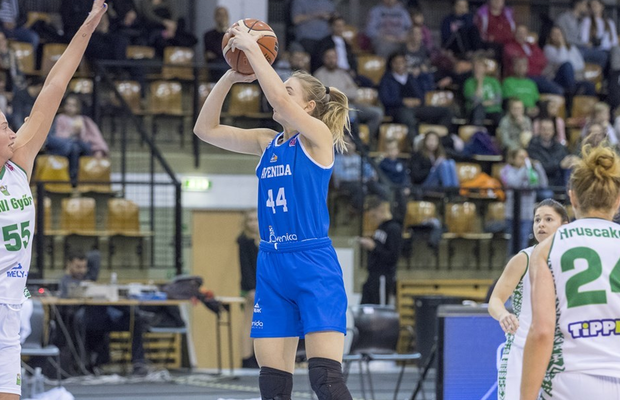 Karlie Samuelson will be heading back to Spain for the 2020-21 season after confirming her return to Perfumerias Avenida.

The GB Senior sharpshooter averaged 7.4 points per game in the top flight, whilst shooting just under 40% from 3-point range.

I’M BACK! Very excited to be coming back to play for @CBAvenida ‼️See you soon Salamanca!💙💙💙 pic.twitter.com/2fegna659I

Samuelson helped Avenida to the quarter-finals of EuroCup Women having fired in a 33-point haul during the regular season.

The 25-year-old was joined by GB team-mate Temi Fagbenle midway through the campaign, in what was her second pro year in Europe after a season with Belgian side Castors Braine.

Samuelson was also set to unite with her sister Katie Lou for the currently delayed WNBA season, but was one of the final cuts on the Dallas Wings roster. [Update: Avenida announced the signing of Katie Lou Samuelson on Friday 12th June]

Avenida won the Queen’s Cup title and were leading the LFB with a 19-3 record before the coronavirus pandemic led to the season being cut short.