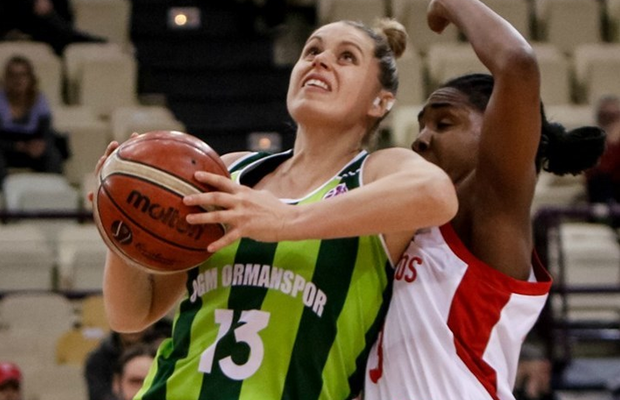 Jo Leedham-Warner was named the recipient of the Syd Lipski International Award in the annual British Journalists Association (BJA) awards.

The GB legend topped a vote amongst journalists to edge out Myles Hesson and Luke Nelson in recognition of the top British performers overseas.

Leedham again played a huge role of the GB Senior team over the past 12 months and enjoyed another strong season in Europe, averaging 11.6 points per game in EuroCup action with Turkish side Orman Genclik. Meanwhile, the Women’s Player of the Year award was claimed by Jasmine Joyner after impressing in her second year in the WBBL with Nottingham Wildcats.

The American centre averaged 19.1 points, 13.1 rebounds and 2.2 blocks per game in the shortened WBBL season and dedicated the award to the late Pauline Prior.

“I thank God, first of all for winning this award, with everything happening in this world right now, this is some good news that I like hearing and it makes me miss basketball even more,” she said via official release.

“It’s because of my team-mates that I won this award. They make this game fun, but this award is also for Pauline Prior.

“We lost a basketball legend and I must say the way we finished the interrupted season was amazing and I know Mrs Prior was with us in spirit, so this is for her.

“Thank you to everyone involved with the Nottingham Wildcats this season, to our amazing fans, thank you. I can’t wait for next season.”

Sara Hinriksdottir of Leicester Riders came second in the voting with the inaugural winner of the award, Sevenoaks Suns’ Cat Carr rounding out the top three.