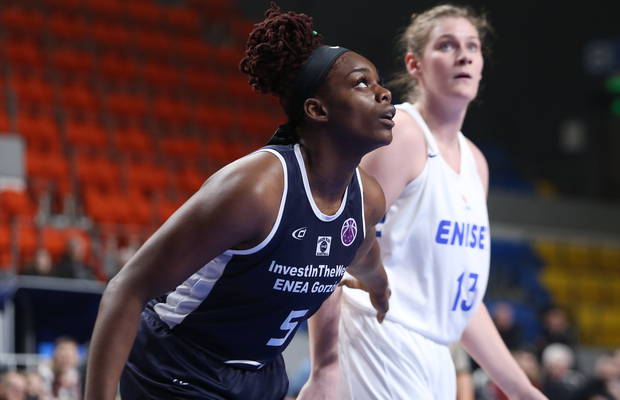 Cheridene Green will continue the start of her pro career in Poland after re-signing with Gorzow for the 2020-21 campaign, the club has confirmed.

The GB Senior forward/centre enjoyed a strong rookie year out of college with averages of 14.1 points and 8.6 rebounds per game.

Green also competed in EuroCup Women action and produced four double-doubles including a best of 20 points and 11 rebounds against Botas.

“Cheri was one of the best players not only in our team, but also one of the best in the league in her position,” said head coach Dariusz Maciejewski via official release. “After a very good season, she received many proposals for playing in Europe, so I’m all the more happy that we will be watching her play [here].”

It’s now just over a year since Green made her GB Senior debut and was part of the 12-player squad that made history at FIBA Women’s EuroBasket 2019 with a run to the semi-finals.

Green helped Gorzow to a 16-5 record in their domestic league before the season in Poland was among the first to be cancelled in Europe due to the coronavirus pandemic.