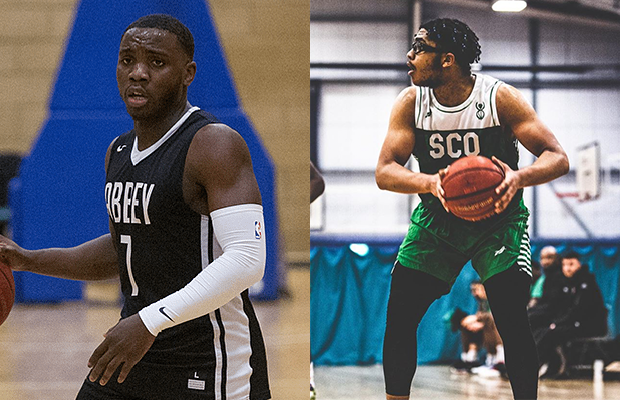 Barking Abbey and Myerscough College have been crowned co-champions of the 2019-20 EABL season following the cancellation of the finals due to the COVID-19 pandemic, Basketball England have announced.

It means fans will not be treated to the much anticipated match-up between the number 1 seeds in the North and South, as Myerscough finished the regular season at 14-0, whilst Barking Abbey went 15 wins and 1 ‘draw’ in the South due to an unplayed game against JMA.

In the post-season, BA cruised past Manchester Magic Academy and Copleston to reach the final, while Myerscough took down Canterbury and JMA to book their ticket in the showpiece game.

“There was a little bit of hope that we would be able to play final but it wasn’t meant to be, the sensible decision has certainly been made,” Myerscough Head Coach Neal Hopkins said.

“Being co-champions may not mean much at this point but when we look back in a few years time it will certainly mean more than N/A. In the future, when all is safe and well – I hope we get the chance to run this back, I know the players will definitely want to settle it.”

“This obviously was not the way we wanted to end the season as I think this was the final everyone wanted to see this year,”

“I am proud of our guys for a great season and am looking forward to getting back on court soon.”

Copleston and City of London Academy were crowned co-champions of the WEABL (full article coming on Hoopsfix Women but experiencing technical issues with the site), Haringey Sixth Form College and New City College took the co-championship in the ABL, with all winners from the National Schools competitions below:

U17 Girls
Charnwood College and City of London Academy

The academy and national schools finals were the only competitions administrated by Basketball England that were yet to be cancelled due to only having one game left to be played.

In a statement on their website, the governing body said:

Given the uncertainty of when it will be deemed safe to resume indoor sport and with the Government’s social distancing measures still in place, a final decision has now been made to avoid keeping players, programmes and spectators on hold for a prolonged period.

Players remain unable to train within their educational environments and many students have returned home due to school closures. Welfare remains a priority and with players unable to practice and remain in game-ready physical condition, this has also been a factor in the decision.

The possibility of further postponement was considered but given the issues outlined above, and programmes potentially losing players following graduation in the near future, this wasn’t considered as a viable option.