The second piece of silverware in the 2019-20 season is on the line with the Trophy finals still going ahead in Glasgow, despite the current coronavirus pandemic.

D1’s best against the best in history

Solent Kestrels stormed their way to the NBL Division 1 league title this season with 22 wins in a row to follow up last season’s success. They made their mark on the BBL, too, with victories over London Lions and Bristol Flyers on their way to becoming the first non-BBL side to advance to the final of the Trophy. The most successful side in BBL history stand in their way of an incredible feat as Newcastle Eagles chase their seventh title in the competition.

While Basketball England, basketballscotland and Basketball Wales decided to suspend all basketball activity, the BBL have divided opinion by continuing their schedule as normal in line with the government’s advice (which may change soon). Newcastle Eagles’ preparations were hindered after losing a trio of players, agreeing the releases of American Mike Morsell, french forward Sade Aded Hussein and American-Italian guard Nick Schlitzer.

How they got here

Solent defeated two-time title winners from last season, London Lions in the first round to set up an all-D1 meeting in the last eight. The Kestrels then overcame Worthing Thunder to continue their run and a dominant first leg victory at home to Bristol all but secured a place in the final.

Newcastle have already come up against non-BBL opposition on their way to Glasgow having crushed Scottish side Dunfermline Reign in their opening fixture before battling past Sheffield Sharks in the quarter-finals. A nine-point first leg win at Cheshire Phoenix set a solid platform to advance in the last four, but they were given a scare with an eight-point home defeat to progress by a single point.

Newcastle definitely had the advantage in terms of roster depth, but losing three players ahead of the final has levelled the playing field somewhat in that sense. The tandem of Rahmon Fletcher and CJ Gettys (if healthy) will be pivotal for the Eagles as they match up against Solent’s import duo Ian Smith and Travis Charles. 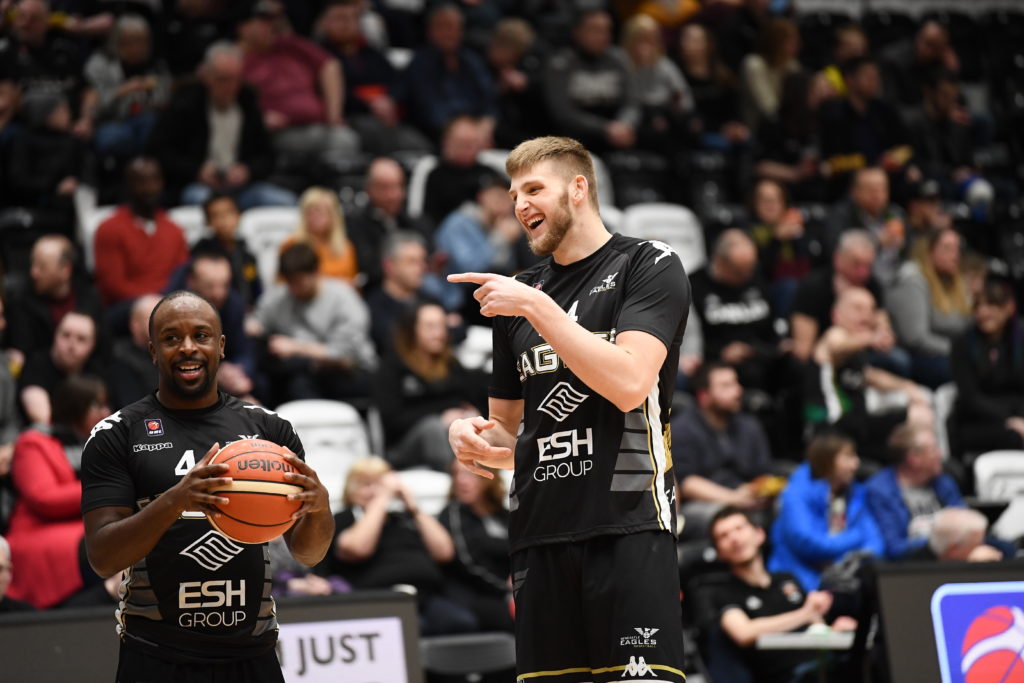 The Kestrels also have a reliable British core of Elliot Dadds, Brendan Okoronkwo and Elliott Sentance who all play vital roles, while the BBL side can rely on a vast amount of experience with the likes of Darius Defoe and Drew Lasker to call upon as well as GB international Will Saunders.

Matt Guymon has been an ever-present at the helm of the Kestrels since their senior side was established with the club rising through the ranks in the NBL. Back-to-back league titles have continued their upwards journey with Guymon named NBL D1 Coach of the Year last season.

For Ian Macleod, today also marks a first BBL final as a head coach having had the unenviable task of taking over the reigns from club legend Fab Flournoy – who amassed 24 pieces of silverware in his time. With a largely new look squad, Macleod has the chance to continue the winning legacy.

The BBL Trophy final is scheduled to tip at 3:30pm and can be watched on the BBC Sport website and BBC Red Button.