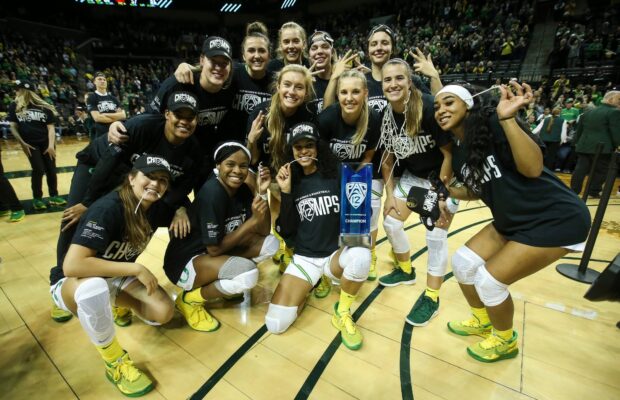 Holly Winterburn has added another Championship to her collection after Oregon secured the Pac-12 regular season title.

The freshman scored five points in 17 minutes off the bench in the title-clinching 88-57 victory over Washington State as the Ducks improved to 27-2 on the season, 16-1 in conference play.

For the third straight season, the Ducks are Pac-12 CHAMPIONS! #GoDucks pic.twitter.com/XmT24r0DHC

Winterburn headed to the States off the back of a successful spell with Charnwood College and Leicester Riders, whilst also making two All-Tournament teams on junior international duty with GB.

The Northampton native was a Young Player of the Year award winner in the WBBL and became the inaugural Under-19 Women’s game MVP at the 2019 Hoopsfix All-Star Classic.

Winterburn has averaged 3.7 points with a season-high of 17 points against South Dakota State with totals of 38 rebounds, 22 assists and 13 steals in 12.0 minutes per outing.

Oregon are currently the number three ranked team in college basketball with the star duo Sabrina Ionescu and Satou Sabally tipped to go 1-2 in this year’s WNBA Draft.

The Ducks close out their regular season schedule against Washington before the Pac-12 conference championship gets underway.