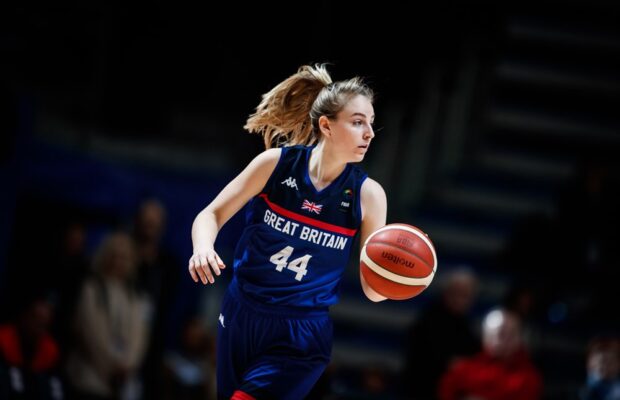 Karlie Samuelson is heading back to Dallas Wings after signing a new deal on the opening day of free agency in the WNBA.

The 24-year-old played four games for the Wings at the back end of last season and is currently playing a second year overseas with Perfurmerias Avenida in Spain.

Samuelson dropped 33 points in a EuroCup Women outing earlier this season and averaged 10.3 points, 4.3 rebounds and 2.0 assists for GB in the Olympic qualifying tournament in Belgrade.

“Karlie joined us very late in the season last year and I’m interested to see how she fares with the benefit of a training camp,” said Dallas CEO Greg Bibb. “Karlie is a talented guard who has the ability to be a consistent three-point shooter. Her skill set matches nicely with one of our greatest needs.”

Head coach Brian Agler added: “Karlie is developing into a true pro. She has experience with us and in the WNBA. She’s playing great for her high-powered team in Spain and the British National Team. We are delighted she’s back with us.”

Samuelson re-unites with new GB team-mate Kristine Anigwe, who is on a multi-year deal after being traded to Dallas from Connecticut in August.