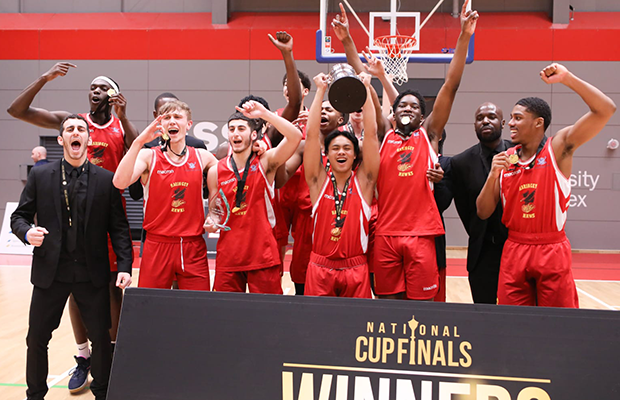 Haringey Hawks defended their Under-18 National Cup title with a last second 65-64 win over Myerscough in the final on Sunday at Essex Sport Arena.

Owen Young knocked down the game-winning free throw with 0.9 seconds left after an ill-advised foul by Myerscough, who were in the penalty and had led by double digits in the fourth quarter before an 11-2 finish.

Alex Distras picked up the MVP award as he registered 27 points and was clutch down the stretch, whilst Ndewedo Newbury had 13 points and 9 rebounds and Young joining them in double figures with 10 points.

“We had a slow start and then we just bounced back in the second half,” Distras said. “Fourth quarter especially guys came ready and we were just pushing, pushing. Coach told us to believe, and then that’s what happened, we came through with the win.”

Great Osobor led the way for Myerscough with 14 points and 15 rebounds, Franklin Agu had 10 points, 15 rebounds and 6 assists against his former team, whilst Amari Williams finished with 13 points, 9 rebounds, and 4 blocks.

With Myerscough leading by 8 following an Osobor dunk with less than 4 minutes remaining, a 10-0 run, sparked by 7 consecutive from Distras saw Haringey take a two point lead after Saul Chesters got a tip in with 13 seconds remaining – his only basket in just two minutes of play as he stood in for Newbury who had fouled out.

Osobor drew a foul at the other end, knocking down two free throws to tie it up with six second left, before committing a foul to send Young to the line with under a second to go, where he would seal the outcome.