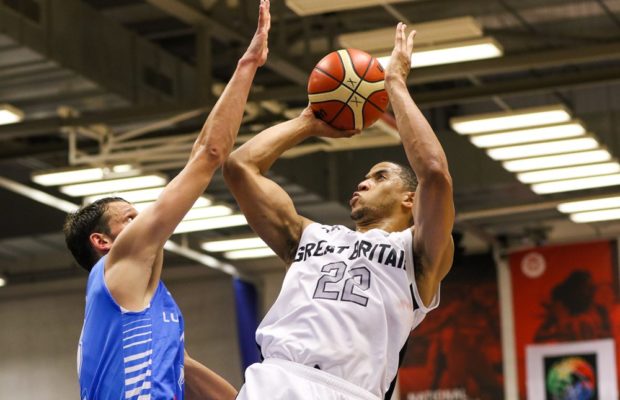 Great Britain Senior Men’s final 12-man squad has been confirmed ahead of the start of the EuroBasket 2021 Qualifiers.

Marc Steutel has taken the reigns for the first window – with Nate Reinking unavailable – with the likes of Myles Hesson, Ovie Soko and Gabe Olaseni all included.

The initial 24-player long list was reduced to 14 for the training camp in Podgorica this week with Fahro Alihodzic and Dwayne Lautier-Ogunleye the two players to miss out on the final roster.

Sacha Killeya-Jones retains his place having been a surprise addition in the lead up to EuroBasket 2017, while Ben Mockford has also earned a recall following his impressive form in the BBL with Cheshire Phoenix.

Dan Clark is also back to resume his role as captain after Hesson stepped up during the latter stages of the pre-qualifiers.

GB’s jerseys will feature a “RMA” patch during the upcoming @EuroBasket Qualifiers in honour of Robert Archibald. #BritishBasketball pic.twitter.com/2fblF1bmJ8

GB open against Montenegro this evening before hosting Germany in Newcastle on Monday night.