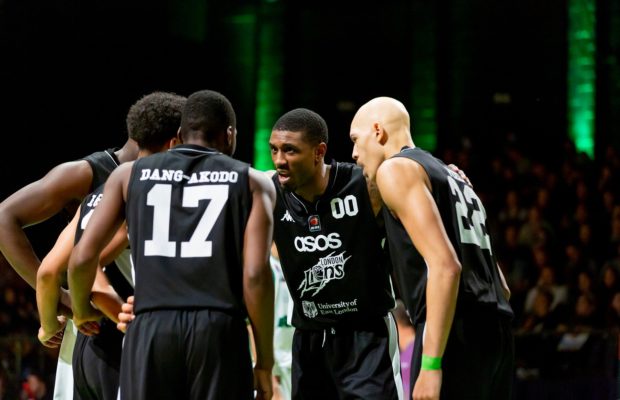 It’s the latest challenge of putting some kind of order on a competitive league as we reach Week 16 in tracking the 2019-20 BBL season.

The Lions are still flying high in the league with just one defeat in seven with only Newcastle Eagles and Sheffield Sharks with the same number of losses so far.

The Flyers backed up their rise to the top spot with their first-ever win over Leicester Riders as they secured a 95-82 victory to reach the BBL Trophy quarter-finals. Gentrey Thomas and Fred Thomas combined for 57 points to set up another showdown with London City Royals, who they meet in the league on Friday.

Andreas Kapoulas’ side are still currently without Daniel Edozie as he continues his recovery bid ahead of this month’s Cup final in Birmingham. The Flyers can level up their league record with a fourth win against the Royals in what is their last scheduled game prior to their clash with Worcester for silverware.

We’ve waited a long time to use this… 😂 pic.twitter.com/AJhAcnmPaB

The Sharks stay second after not taking to the court last weekend ahead of a tough run of fixtures. Despite their current 2-1 record, with only three games played, it’s difficult to gauge their current position and a weekend double-header against the top two will serve as a better indication.

Sheffield visit the Emirates Arena on Friday night to face Glasgow before returning home to welcome the Lions in what will be a big weekend for all three sides.

Trophy exit behind them as the Lions quickly got back to winning ways to stretch their lead at the top of the league with their 6-1 record. They were made to work hard for both victories, first overcoming Plymouth 82-91 on the road before having to battle past a depleted Royals side to take the derby spoils, 104-89.

Ovie Soko fired in a season-high 32 points on 11 of 15 shooting at the Copper Box with Justin Robinson adding 26 points, six assists and four steals, while new signing Buay Tuach offered a glimpse of his athleticism. The Lions host Surrey on Friday night before visiting Sheffield on Sunday in a crunch clash.

Three straight defeats has become four for the Riders for the first time since 2011 (via BBL stat guru Dan Routledge) as their Trophy campaign was halted at the first hurdle in defeat against Bristol. Jordan Spencer and Corey Johnson made their debuts on the road as their new side fell away in the final quarter.

Two of those defeats have ended hopes of silverware in two cup competitions, but they are still only 1-2 in the league with another clash with Worcester on Friday night. Only three teams have fewer league defeats so far and the recent additions give the Riders one of the deepest rosters in the league, particularly the strength off the bench.

Worcester were able to avenge their recent Trophy defeat against Cheshire as the two sides met again less than a week later in the league. Matt Newby’s side were without Amir Williams, but had Jordan Williams back as Raheem May-Thompson top scored against his former side with 23 points.

Cortez Edwards produced a triple-double with 16 points, 10 rebounds and 12 assists in the win with Worcester amongst the top four in the league ahead of another trip to the Morningside Arena to face Leicester. It is also their last scheduled game ahead of the Cup final so will want to continue their momentum and avoid any more injuries.

Newcastle have all the makings of a very dangerous team in the BBL this season – particularly when you factor in the incredible form of CJ Gettys since his arrival and the continued absence of Rodney Glasgow. The Eagles have bounced back from a heavy home defeat to Sheffield with a run of three straight wins.

Their latest came on the road against Surrey last Saturday as they claimed a 94-104 victory behind 34 points and 19 rebounds from Gettys, though they will be without Sade Aded-Hussein in Manchester following his late ejection. The Eagles first host Cheshire on Friday night as they target two wins to continue their strong start in the league.

The Rocks are sitting pretty in second in the BBL Championship following an emphatic 92-53 win over struggling Manchester. Dante Thorpe scored a team-high 23 points with 10 of 11 shooting from the floor with fellow recent newcomer Terrell Vinson adding 17 points, seven rebounds and six assists in an all-round effort.

The duo have helped add to the strength in depth of the roster and Glasgow continue their run of home games with both Sheffield and Cheshire visiting this weekend in a test to maintaining their current top-two spot.

Matt Scott joined Andrew Lawrence on the sidelines for the latest London derby, and despite only running with seven players (and losing Abraham Ekperuoh to injury midway through) they pushed the Lions before coming up short in what turned out to be a 15-point defeat.

The exit of the Lavrinovic twins has finally been confirmed, while the club have been able to secure the services of Joe Junior Mvuezolo – who played under Lloyd Gardner at Barking Abbey. The Royals face Bristol on the road on Friday night for the fifth time and GB international Will Saunders is set for his debut following a long-term injury.

Another one of those mixed weekends for the Phoenix as they go to 3-3 in the league and 9-9 on the season. Their league double-header started with defeat on the road against Worcester before bouncing back with a convincing 97-64 success over Plymouth.

Ben Mockford enjoyed another scoring outburst with a 26-point haul with double-doubles for Mike Ochereobia and Demonte Flannigan. However, the club also confirmed that captain Momcilo Latinovic would miss the rest of the season with Mark Rangeley a new addition. Another double-header awaits this weekend.

🎥🏀Enjoyed filming highlights of another @CheshireNix fixture yesterday, this time🆚@officialraiders!

A big win for the Nix, with big performances from everyone on the roster.

👇See some of the best bits of yesterday's game below! #NixNation pic.twitter.com/f7Z0Qwr2J3

The Scorchers played out another high-scoring contest with Newcastle, but fell out of the league top four after suffering a 10-point defeat at home. Tensions spilled over just before the buzzer that has led to suspensions for James Hawthorne and Adrian Kuyinu for leaving the bench and they will miss Saturday’s clash with Plymouth.

Skyler White led the way with 27 points and 11 rebounds with Surrey keeping it competitive despite falling behind by as many as 18 points. Before they host the Raiders on Saturday, they visit the Copper Box to take on the league-leading Lions.

For all the recent positivity around their latest performances – even in the defeat against D1’s Worthing Thunder – the Giants took a big step back last Friday as they suffered a crushing loss in Glasgow. Edu Argues had 25 points and 10 rebounds, but there were very few positives in being beaten by just shy of 40 points.

Callum Jones passed the milestone of 1000 assists in his BBL career with the Giants still unable to field a full strength roster having been without Del’vin Dickerson, Jack Hudson and Yorick Williams last week. The search for a first win continues as they take on Newcastle on Sunday.

As mentioned last week, Plymouth were set for a tougher period without star guard Josh Wilcher, but their task was made even more difficult with Rashad Hassan also on the sidelines. However, the Raiders were competitive in their weekend opener as five players hit double figures in the nine-point loss at home to the Lions.

Tyrell Johnson and Ron Mvouika netted 17 points apiece, while tensions rose at the buzzer. Sunday was a different affair with the Raiders not really in the contest as they fell to a heavy 33-point defeat against Cheshire. Paul James orchestrated an overdue return to the post-season last year, but has his work cut out with his side now 0-6.