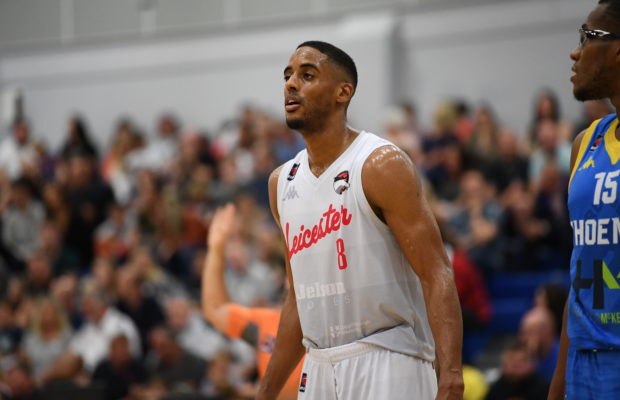 The 2019-20 regular season is underway in the BBL as we continue to look at all 12 teams in tracking their progress throughout the season.

Seven teams got off the mark in the win column on the opening weekend of the league campaign with the Cup semi-final first legs taking centre stage this coming weekend.

The big talking point from the opening weekend of the league season unfortunately circled around action that did not take place. The Royals postponed their scheduled home clash with Glasgow – on the morning of the fixture, citing illness and injuries – and was met with contempt with former GB captains Kieron Achara and Drew Sullivan among those to speak out.

Back in action this weekend, and Lloyd Gardner’s side face a testing weekend as they welcome Bristol Flyers to Crystal Palace for the first leg of their Cup semi-final contest on Friday before a belated league opener in Devon to face Plymouth Raiders on Sunday.

The Riders are up and running in the league after a convincing 97-79 victory at home to Plymouth. Jamell Anderson top scored with 23 points, alongside Namon Wright, to continue his strong start to the season, while Kyron Cartwright handed out an astonishing 19 assists to go with 11 points and eight rebounds with a dominant fourth seeing them home.

Rob Paternostro’s side head to Worcester Wolves for their Cup semi-final first leg on Friday, and stay on the road to take on Cheshire on Sunday in a very, very early unbeaten clash in the league.

Worcester are deserving of holding on to a top three spot as they began their regular season campaign with a comfortable 93-75 success at home to Surrey. They led by as many as 32 points in the contest with Amir Williams proving to be a smart pick-up after posting 21 points, 19 rebounds and five blocks with all five starters in double figures.

The Wolves were runners-up in the Cup final two years ago, and have the chance to move a step closer to another appearance as they look to build a strong platform in the first leg of their meeting with Leicester before travelling to face Bristol in the league 24 hours later.

Revenge was served at the first attempt with Sheffield quick to put their Cup exit behind them with a 71-85 win away at Bristol. Nick Lewis led the way with 20 points as the Sharks put 28 points on the board in the opening 10 minutes and never looked back as they set the platform for a big win to start their league season.

Atiba Lyons’ side have the weekend off before closing out December with trips to London Lions and Newcastle Eagles as well as facing Leicester Riders in what will be a testing stretch of games to see out 2019.

Rahmon Fletcher hit 14 free throws as part of a 32-point performance along with eight assists to help lead Newcastle to victory on the road against Plymouth. 24 points apiece from Mike Morsell and CJ Gettys added to the firepower to come out on top in a 103-110 success.

The points conceded may be a concern, allowing 60% shooting success inside the arc and the Eagles now have the weekend off to address any defensive issues as they continue to come together as a team.

Ovie Soko’s debut finished with 17 points, 13 rebounds and three assists in a clinical 88-72 victory over Glasgow with Brandon Peel doing his usual business with a double-double of 18 points and 10 rebounds. Dii’jon Allen-Jordan only featured for six minutes in the contest, and it will be interesting to see how the Lions get the best out of their deep roster.

They head on the road for the first time in their league title defence to take on Manchester with the chance to continue to build on their momentum and hit their stride with an inconsistent Cup campaign behind them.

First win on the board in the league at the first attempt with Ben Thomas’ side sat at the top of the standings, albeit only alphabetically after one game. Cheshire came out fighting in the second half at Manchester and registered a 69-77 victory with Parker Jackson-Cartwright, Ben Mockford and Mike Ochereobia all netting 16 points.

A much tougher test awaits on Sunday as they host Leicester having already come up against the Riders twice during the group phase of the Cup with split encounters having recorded an impressive win at the Morningside Arena as part of their five-game streak.

Following their impressive Cup quarter-final win in Sheffield, momentum was with the Flyers to get off to a 2-0 start in the league. However, the opposite happened which strengthens the case of fears surrounding their consistency. After losing 71-85 at home to the Sharks on Friday night, they slipped to a 93-87 loss in Surrey having led by as many as 12 points.

Gentrey Thomas fired in 25 points with a further 25 coming from the bench and Bristol will now be looking to bounce back as they visit London City Royals to contest their third semi-final in their six-season history in the BBL. They also take on Worcester at home 24 hours later looking to avoid a 0-3 start in the league.

A mixed weekend saw the Scorchers start by being brushed aside in an 18-point loss on the road against Worcester before picking up their first league win by overcoming Bristol on their home court. Lovell Cook came back to haunt his former side with Surrey’s new recruit leading the way to victory with a 22-point haul in a big effort from the starters.

But for a cameo appearance from academy product James Reeve, Surrey went with six players and have since added depth with the signing of ex-Plymouth guard Devontavius Payne, who had been set for a move to Glasgow in the summer. Creon Raftopoulos’ side are not in action this weekend.

The Rocks fell to defeat in London as they went down 88-72 against the Lions in what ended up being their league opener after Saturday’s scheduled meeting with the Royals was postponed. Ali Fraser netted a game-high 24 points in the defeat with the visitors held to 2 of 17 shooting from 3-point range with the squad lacking depth.

American guard Dante Thorpe has been brought in this week, with reports another addition is imminent and they have the weekend off to speed up the process of helping new players acclimatise in practice.

It was always going to be a tough start for the Raiders, and so it proved with defeats against Leicester and Newcastle. After losing 97-79 away at the Riders on Friday night, they put in an improved showing at home before coming up short in a 103-110 defeat despite 27 points and nine assists from Josh Wilcher.

New signing Sam Daniel showed encouragement in his two displays, and the Raiders are back at home on Sunday as they take on the Royals for the third time this season, looking to address their losing slide.

The Giants had a slender lead at half-time in their league opener against Cheshire before falling to a 69-77 defeat. Minutes were spread across the board in an eight-man rotation with David Ulph collecting 14 rebounds on debut, while Ingus Bankevics top scored with 16 points.

Manchester are still without an official win this season in a challenging start and while the playoffs may look an uphill battle even at this early stage, there is talent on the roster to change their fortunes and if they were to take the scalp of London Lions this weekend, that would be a big step in the right direction.