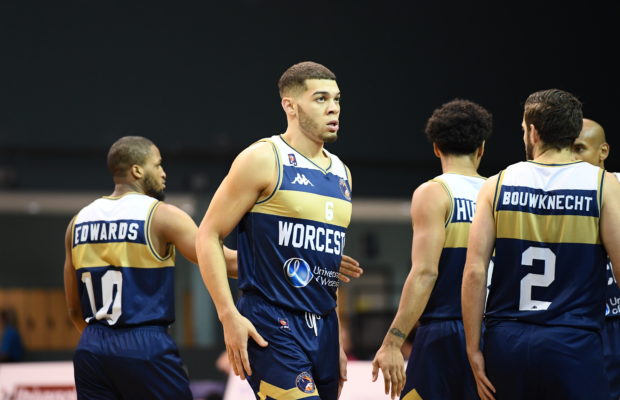 The BBL Cup quarter-finals took place at the weekend and the wait is finally over for the start of the 2019-20 regular season as we look at how the 12 teams are shaping up.

London City Royals, Leicester Riders, Worcester Wolves and Bristol Flyers are the final four in the Cup, but every team starts afresh to get the league action underway this coming weekend.

A 9-2 record on the season, the Royals are flying high as they soared into the semi-finals of the Cup with a strong 100-82 success over Cheshire. Andrew Lawrence looked back up to full speed with 21 points and 13 assists with Matt Scott adding 19 points before being announced as November’s Player of the Month this week.

The Royals finished 18-15 in the league in their debut season and will be targeting an even better record this time around (18 wins would be very impressive in a 22-game campaign) after a setting the benchmark in the Cup. They welcome Glasgow to the Palace on Saturday having won all six home games so far.

🗣️ "I’m very thankful and blessed to win this award," – @mattscott_13 on being named @BBLofficial Player of the Month for November!

At half-time of their quarter-final last week, it looked as though the Riders may be heading for defeat at the first hurdle of the knockout phases. But, they can never be doubted under Rob Paternostro and his side duly responded in the second half on their way to a 72-63 success as the defence reigned supreme.

Kyron Cartwright finished with 15 points, six rebounds and 10 assists in the win, while Joe Scott hit some big triples and Andy Thomson stepped up off the bench as he so often does. The Riders’ league title challenge fell away around this time last season, but have settled in nicely ahead of the start of the Championship campaign – without European distraction – and host Plymouth on Friday night to get going.

A big rise for the Wolves to reflect a big win. We had Newcastle as marginal favourites in the closest matchup on paper, but Matt Newby’s side delivered to grind out an entertaining 90-86 victory. Jordan Williams led the winning charge with a 28-point haul, while Cortez Edwards had another standout game with 25 points, seven rebounds and eight assists in a full 40-minute effort.

Worcester start league action on home court with momentum on their side as they take on Surrey Scorchers having set the record with the highest scoring league game in BBL history last season.

The home streak is over, and in quite some fashion. Sheffield stay in the top four given their overall strong start to the season, but only just after putting in their worst performance of the season in being outplayed by Bristol in a 23-point loss at Ponds Forge.

A woeful 2 of 23 from beyond the arc did the hosts no favours as they were outscored by 19 in the second half. One positive in the schedule is an immediate chance to atone as they visit Bristol on Friday night with the chance to put the Cup behind them and get off to a winning start in the league.

Probably the result of the season, so far, was produced by Andreas Kapoulas’ side and they get perhaps an overdue rise in our rankings. The Flyers were resolute in defence and pulled clear in the second half for a dominant 58-81 triumph away at Sheffield Sharks, led by Gentrey Thomas’ 25 points.

Bristol still sit just below the Sharks, but can expect to climb again if they repeat their success with the Yorkshire side visiting the SGS Arena on Friday night in their league opener. The prospect of a first BBL final will be in the back of their minds with London City Royals standing in their way in the last four encounter.

You'll want to watch these again…

While Bristol pulled off an impressive win on the road, Newcastle came up short in their bid to make the semi-finals of the Cup. The five-time winners were on the wrong end of a 90-86 thriller against Worcester, despite Mike Morsell dropping 30 points for the Eagles.

CJ Gettys was handed his club debut and will be getting further up to speed ahead of the league opener in Devon to face Plymouth with positives to build on. The post-Fab Flournoy league era begins with Newcastle not having finished outside of the top three in the BBL Championship since the 2003-04 season.

Cheshire fell comfortably short of knocking out the top seeds from the South in the Cup quarter-finals as they were beaten by 18 at London City Royals. Ben Thomas’ side had recovered from losing their first four games to make the last eight off the back of a five-game win streak, but have since dropped two in a row.

They endured a long battle to make the post-season during the 2018-19 campaign and have the chance to start the new season with victory as they make the short trip to take on Manchester having completed a double over their rivals in the Cup. Ben Mockford has proved a key addition, while Parker Jackson-Cartwright has lived up to his billing as one of the signings of the summer.

After the defence of their Cup title was ended last weekend, the Lions open the league season as defending champions having made historic earlier this year. All eyes, however, will be on the BBL debut of Ovie Soko as the Love Island sensation gets ready to rock the Copper Box against Glasgow on Sunday.

The Lions looked on course to take down Leicester on the road having led by 14 points at half-time, but were left to rue a lapse in the third as the Riders roared back to take the win. Five wins from 11 so far, Vince Macaulay’s side are starting to come together with some new additions and will be looking for Soko to fire early.

They may be holding the final playoff spot in our rankings, but it would be a big surprise if they are not soon amongst the top four teams in the league.

The Rocks prepared for the start of the league campaign with a mid-week friendly and they open up with a London double-header as they face the Royals and the Lions in a testing double-header. Glasgow ended their Cup campaign with two wins in a weekend and it would be a perfect start if they could replicate that success.

Ali Fraser has led the way with his performances, while the Rocks were hit by the departure of Eli Pepper, who had looked an astute pickup. No additions have been made, as of yet, with Vincent Lavandier taking charge for his first full league campaign having joined the club midway through the 2018-19 campaign.

The Scorchers have turned to a familiar name from BBL seasons past as ex-Lions and Flyers forward Lovell Cook has signed in the aim of stirring up some success. A tough Cup campaign had its bright notes for Surrey, though they made changes last week as Chip Flannigan and Marcus White were let go.

Surrey visit Worcester on Friday night in a repeat of last season’s quadruple-overtime thriller before returning to Surrey Sports Park less than 24 hours later to take on Bristol with Cook set to make his home debut against his former side.

LOVELL COOK IS A SCORCHER 🔥

The returns of Josh Wilcher and Rashad Hassan ensured the Raiders were able to build their roster around two players with impressive track records in the BBL, but any pre-season positivity was dampened with eight defeats in the BBL Cup.

Paul James and the club have made some moves with Jackson Hyland replaced by incoming Samuel Daniel, while Ron Mvouika has impressed enough to extend a trial period into a deal. An opening weekend coming up against Leicester and Newcastle is far from ideal, but points will be want to be made – particularly at home against the Eagles.

The Giants are back in action following a short break since their final group game in the Cup after finishing with a 1-9 record (without victory). Danny Byrne has sought help from Liverpool with the arrivals of Jack Hudson and David Ulph to fill out the roster with a number of departures since opening the 2019-20 season.

Hosting rivals Cheshire Phoenix is an ideal way to begin the league campaign as the Giants look to hit the ground running and give their fans something to cheer about after a tough start, so far.