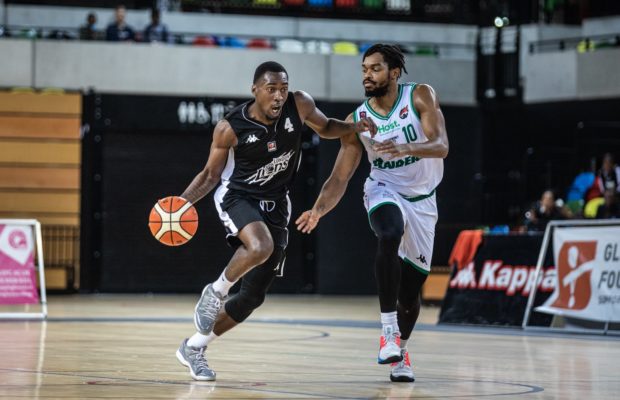 The BBL Cup group phase is now complete after a delayed conclusion and we resume our Power Rankings as the league season draws closer.

London Lions’ title defence continues after they secured the fourth and final spot from the South with the last eight ties set for this coming weekend.

All the focus has been on London Lions this week with their capture of Ovie Soko before two home wins to reach the Cup quarter-finals. But, the number 1 spot in the capital, and the league, belongs to the Royals after they racked up a total of eight wins in the South group.

Without the Lavrinovic twins for their double-header against South-West opposition, they went down to an 85-75 loss at Bristol Flyers after yet another fourth quarter collapse. There was no such problem the following day as they closed out the group phase with a league-best eight wins with Matt Scott’s 33 points helping his side overcome Plymouth in a 101-92 victory with Orlan Jackman coming up big down the stretch. He comes up against his former side, Cheshire, in an intriguing last eight tie on Sunday.

The Sharks missed the chance to grab top spot in the North after being beaten 101-81 away at Glasgow Rocks, but not too much harm done with a home tie already secured. Sheffield struggled to contain the dual threat of Greg Pryor and Gareth Murray as they combined for 64 points with the Rocks shooting at 56% from 3-point range, compared to their 3 of 20 for 15%.

Atiba Lyons has had a week to get his side to re-focus ahead of the knockout phase as they welcome Bristol to Ponds Forge having won all five home games during the group phase. The club last made it to the Cup final when they defended their title in 2011.

With their group campaign already over, the Riders have been able to rest up knowing they would be at home for their quarter-final, but they received an added bonus of winning the North group after Sheffield’s loss in Glasgow. The Riders had to wait longer for their opponents to be confirmed and it was London Lions who locked up a trip to the Morningside Arena last weekend.

A tough draw for a top seed, but the Lions have looked out of sorts at times and the Riders have a great track record under Rob Paternostro when it comes to big games. If they do come through, then either Worcester or Newcastle stand in their way of making another final in the BBL.

Check out Coach Paternostro’s thoughts ahead of tomorrow’s @BBLOfficial Cup Quarter-Final vs Lions.

Grab your tickets at https://t.co/68eN3bfXLU#BritishBasketball

The Eagles make a return to the top four ahead of their last eight showdown on the road against Worcester. A 104-71 victory at home to Manchester was the expected finish to their group campaign with Sade Aded-Hussein posting 22 points and 16 rebounds for a huge double-double.

Despite their wobble in the middle of the opening phase, the Eagles finish third with six wins in what appeared a stronger group than the South group. With the addition of versatile big man CJ Gettys, they get a player familiar with the league having had two spells with Cheshire, and there will be confidence of getting of victory away from home to make it into the semi-finals.

After five straight wins to book their place in the quarter-finals, Ben Thomas’ side were unable to continue their winning streak as they suffered a 10-point loss at home to Glasgow. Parker Jackson-Cartwright top scored with 25 points in defeat with Ben Mockford adding 19 with the duo the leading stars at the moment for the Phoenix.

Their slow start cost them a shot at a home tie, and they face a tough task heading to take on the South winners London City Royals, though they did beat last season’s newcomers in all three meetings between the two in the league. Momcilo Latinovic has returned from injury and Demonte Flannigan made his debut last time out so they are edging closer to having a full squad available again.

Worcester finishing with a 6-4 record in the group was probably above par from the perception going into the campaign, but Matt Newby’s side could have matched London City Royals at the top of the South had it not been for a couple of stray performances. Notably, how they closed out the opening phase as they fell to a 77-78 loss at home to Surrey Scorchers, though Bristol’s loss in their final game ensured the Wolves would return home for the last eight.

Of all the quarter-finals, Worcester are perhaps the only home side not the favourites going into the tie as Newcastle form tough opposition. The inside battle between two newcomers in Amir Williams and CJ Gettys could prove interesting as the teams look to get their bigs settled in, while the Wolves will be hoping for more sparks from the likes of Cortez Edwards and Mark Hughes.

Tickets availbable online and from the Arena.

It’s not been a smooth defence of their Cup title, but it continues heading into the knockout phases. The Lions got the job done at home with a big 34-point win over Bristol to set up a deciding clash with Surrey and they set up a mouth-watering tie away at Leicester Riders with a 98-87 triumph.

Brandon Peel posted 27 points and 12 rebounds in the 103-69 success against the Flyers before adding 25 points and 11 rebounds in their following win three days later. The American will soon be joined in the front-court by GB star Ovie Soko after his move was finally confirmed, and he is set to make his league debut when the Lions welcome Glasgow to the Copper Box next weekend.

The Flyers had their fate of a home tie in their hands following a strong win over London City Royals coupled with Worcester’s narrow loss at home to Surrey. Fred Thomas top scored with 17 points with double-doubles for Gentrey Thomas and Daniel Edozie as Bristol outscored the Royals 26-10 in the fourth to take the win. However, their final game against London opposition was far from convincing.

Andreas Kapoulas’ side were comfortably brushed aside in a 103-69 reverse against the Lions to cement a trip to Sheffield for the quarter-finals. The Flyers went 4-1 on their home floor in the South group with two wins from five on the road, and they face a big challenge to make it through to the final four.

No quarter-final appearance for the Rocks, but they went some way to restoring confidence as they closed out their group phase with two wins. Bouncing back from a 35-point loss at Leicester, they helped the Riders secure top spot as Greg Pryor fired in 34 points to defeat Sheffield 101-81 before Glasgow finished by beating Cheshire 78-88 on the road.

Ali Fraser had a 28-point, 13-rebound double-double to see his side round out with four wins (with one taken away) and now look ahead to the regular season with the chance to build on that momentum, albeit with a tough trip to London to face the Royals and Lions on consecutive nights to get things underway next weekend.

It wasn’t to be for the Scorchers as they missed out on a place in the last eight in what was a final showdown against London Lions. Tayo Ogedengbe kept his side alive with 31 points in an 87-77 triumph over Plymouth to back up their impressive road win in Worcester, but was a key absentee for the trip to the Copper Box with Surrey coming up short, 98-87 in the decisive clash.

“A number of single-digit defeats don’t reflect Surrey’s record, but the club may weigh up roster options ahead of the league campaign.” – that was from Week 8. And changes have duly followed with the Scorchers releasing American duo Marcus White and Chip Flanigan, so expect replacements ahead of their league opener as they visit Worcester before hosting Bristol 24 hours later.

“With his wealth of experience he has made us a better team.”

Creon confirms former NBA star @joelfreeland19 has been helping the team during practise sessions for the past few weeks 🔥 #OneGoal 🔥 pic.twitter.com/E0GmUyeqKY

The downward spiral continued for the Raiders as they were consigned to the bottom of the South Group with just two wins from their 10 games. Paul James’ side went down 101-92 in Crystal Palace in an entertaining encounter against London City Royals before suffering a fifth straight defeat as they lost 87-77 at Surrey Scorchers with Rashad Hassan netting 23 points in each game.

Plymouth’s best result of the campaign came with a 30-point win at home to Worcester, but struggled through an injury period for Josh Wilcher. The club has looked at making additions to the roster with Ron Mvouika handed a trial, and featured in their double-header. They return to action after the quarter-finals with another testing double-header up against Leicester and Newcastle.

The Giants did indeed round out their Cup campaign without a victory (their first loss turned into a 20-0 win due to ineligible players fielded by Glasgow) as they finished with a 104-71 loss on the road in Newcastle. Ingus Bankevics top scored with 20 points with Callum Jones adding a 12-8-6 stat-line in a typical all-round display.

In the midst of a few weeks break, Danny Byrne will be preparing his side for the start of the league season and probably couldn’t ask for a better game to get up and running as they host Cheshire Phoenix on a Friday night. The 1-9 record can be wiped clean and forgotten as they start afresh with a tough challenge lying in wait if they want to be making it to the playoffs.