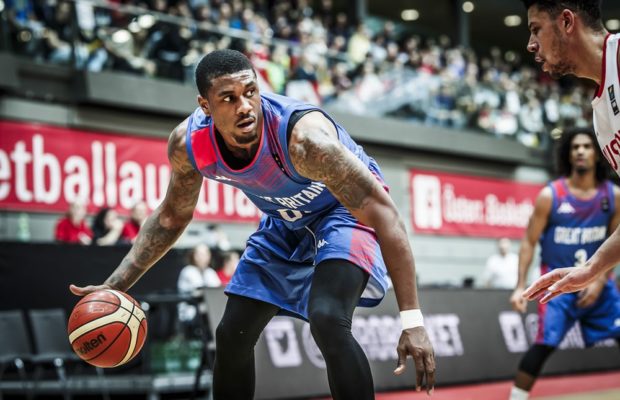 London Lions have confirmed the highly-anticipated signing of Ovie Soko ahead of the start of the BBL league campaign.

The GB international burst onto the public scene this summer after appearing on reality TV show ‘Love Island’ – making it to the final before confirming he would return to play in the UK this season.

On Sky Sports yesterday @OvieSoko reveals he will be playing in the UK this season, with final details being ironed out atm. 😱🇬🇧🏀 #BritishBasketball pic.twitter.com/uwR0agFcGK

Soko has spent the past few seasons in Spain with UCAM Murcia, earning accolades in the Basketball Champions League after helping his side reach the Final Four.

“I’m excited to be back home and help contribute to basketball back home where my love for the sport started,” he said. “To be able to play in front of friends and family and supporters in my hometown is huge for me and look forward to pushing the basketball culture in the right direction.”

Head coach Vince Macaulay added: “Soko is a highly experienced and talented player who is in demand across Europe.

“We are thrilled that he has chosen to play for the London Lions – UK’s current Premier League champions – and inject increased passion into British basketball. He will add power and creativity to the team – everyone is buzzing.”

The Lions completed a double last season after following up their Cup success with a maiden Championship triumph, led by two-time league MVP Justin Robinson.

THROWBACK THURSDAY, happy Halloween everyone, this season is gnna get real spooky @hoopsfix

The GB duo will link up once again in time for the start of the regular season with Soko expected to make his debut on December 8th at the Copper Box as the Lions take on Glasgow Rocks.