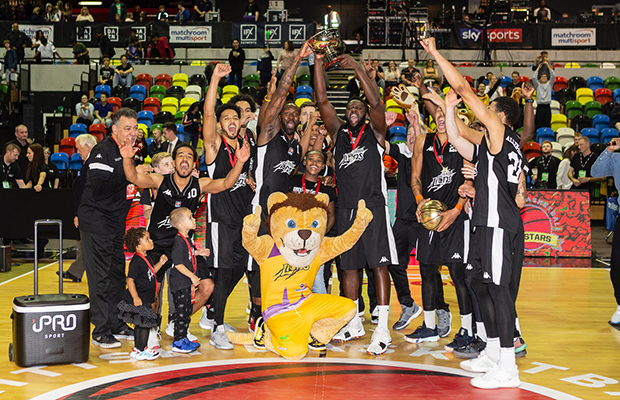 Lions had lifted the inaugural All-Stars title in 2017 and reclaimed the trophy at their home venue after beating Sharks and London City Royals in the group stage to set up a semi-final clash with Newcastle Eagles, who they overcame 41-36 in one of the top games of the afternoon.

It's another final for the ages! As London Lions win their second All Stars title!#AllStarsBasketball pic.twitter.com/pNS6kyEXSo

After losing to Lions in their opener of the tournament that features 12-minute games and other adapted rules, Sharks bounced back with wins over Surrey Scorchers and Royals to make the last four, where they beat Leicester Riders 37-25.

At the halfway staged of the £25,000 showpiece final, Lions led 10-17 and pulled further ahead after coach Vince Macaulay hit the Golden Buzzer to activate the two-minute Power Play. where everything is worth double. Sharks bit back in their own double-point period, with Mackey McKnight one of their standout performers of the day. But the Sheffield outfit were unable to close the gap far enough, and Lions clinched a six-point victory

“It feels great,” said Brandon Peel, who received the gold Molten MVP ball. “We’ve had a slow start to the season and this is a real big confidence booster.

Defending champions Surrey Scorchers had earlier gone 0-2 in the double elimination group stage. They lost the day’s opening game 31-37 to Royals before Sharks ensured an early coach home for the 2018 All-Stars winners.