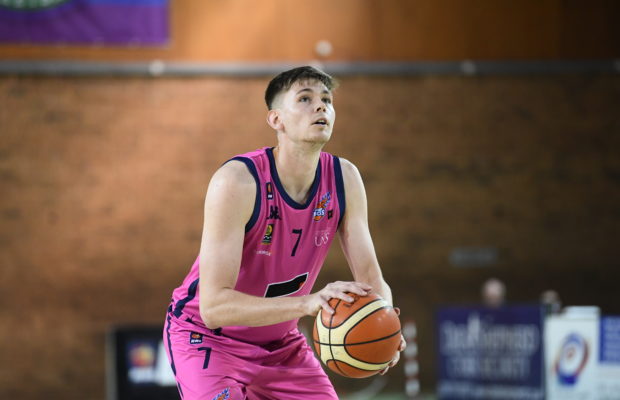 It’s the second week of our BBL Power Rankings as we look through the teams to track the progression throughout the 2019-20 season on the road to The O2.

Three wins from three for the Riders and they have bolstered their squad with the signing of Zoran Talley out of Iowa State. The American will look fit into an already strong-looking defence with Rob Paternostro’s side already setting the tone on that end of the floor.

Jamell Anderson top scored with 21 points as the Riders eased to a 57-96 win away at Manchester Giants with Josh Ward-Hibbert maintaining his double-double streak after posting 20 points and 11 boards. There was also a double-double for Kyron Cartwright as he handed out 12 assists to go with 14 points, while Jonas Dietrich scored 11 points to seize his chance of BBL minutes.

An early rise for the Royals as they backed up their road win against Plymouth Raiders with a convincing home success against another side from the South-West. Andrew Lawrence produced another impressive display with 18 points and 12 assists to help his new side take down Bristol Flyers and Lloyd Gardner was able to hand debuts to the Lithuanian Lavrinovic twins for their first taste of BBL action.

The Royals had recovered from a slow start with an offensive burst in the second quarter, pouring in 32 points to take control and they also had a game-high 20 points from American guard Mike Scott. 14 triples showcases their outside threat – one which will be boosted once Will Saunders is fit.

Take a look at our first episode in the new #RoyalsTV video series for the new season and don’t forget to subscribe! #moretocome RoyalsTV 2019-20 Ep1 https://t.co/b88LC3KSZa #Royalfamily #britishbasketball #BBL

After a double-winning weekend to start the season, the Eagles suffered their first loss as they went down in overtime against Glasgow. Sade Aded Hussein and Nick Schlitzer both made their debuts after missing the opening weekend, though Kai Williams remained sidelined. With the experienced trio of Rahmon Fletcher, Darius Defoe and Drew Lasker forming a returning core, the newcomers will take time to gel particularly given their staggered introductions on the court.

A narrow home defeat against Newcastle can be seen as a largely positive result on an opening weekend. And it carried enough belief for the team to make the return trip a week later – also without star forward Ali Fraser this time – and pull off an impressive overtime victory for the Rocks’ first success away at Newcastle for 13 years!

Maxime Djo Ebala played for the full 45 minutes in the 71-73 triumph and finished with 26 points and 15 rebounds, while Greg Pryor continued his strong start to the season with a 22-point haul along with eight rebounds and nine assists. The Rocks return to the Emirates Arena to face Manchester Giants for the second time this season with confidence no doubt high.

💬” This overtime I think is a key moment for our future.”

We caught up with Coach Vincent Lavandier after last nights win against Newcastle Eagles. #rockasone pic.twitter.com/zNUmyg1bZ8

Worcester followed up their dominant home win over London Lions on opening night with a hard-fought victory on the road in Surrey to move to 2-0. Matt Newby’s side managed to grind it out without Kofi Josephs and Merrill Holden as the starters produced the goods to see off the Scorchers.

Cortez Edwards is having a big impact already after netting a game-high 22 points with Raheem May-Thompson and Matt Hughes adding 17 points apiece, while Jordan Williams posted a double-double of 16 points and 12 rebounds as well as five assists against his former side. Another road trip – this time visiting Bristol – with the opportunity to lay down another marker.

Probably the most unpopular choice from our first edition of the power rankings was having the Lions in the top four following a 25-point loss. Looking at the bigger picture, they are very likely a top-four team that is defending two titles and has the reigning two-time league MVP on their roster in Justin Robinson with more pieces to come.

However, having said that, they do drop this week by virtue of not playing, but can expect to rise if their first win of the season comes away at their neighbours on Saturday in an anticipated London derby duel.

The Sharks stay put despite picking up their second win at home as they return to Ponds Forge. Mackey McKnight starred with 25 points as they eased past Cheshire Phoenix to put an opening loss in Leicester Riders behind them with a strong response, despite being expected victories.

It’s a week off for Sheffield to give them more time to integrate new pieces with Bouna Ndiaye still yet to make his debut for the club following a summer switch from Glasgow.

The confidence boosting home win last week was cancelled out on their first road outing as Andreas Kapoulas’ men were comfortably beaten by the London City Royals. The Flyers raced out of the blocks, but were left to rue that costly second quarter and never recovered.

Fred Thomas top scored with 18 points with only namesake Gentrey Thomas the other player in double figures with Levi Bradley handed his BBL debut to provide Bristol with more strength in depth. They take on unbeaten Worcester this week with the Flyers back on home comforts at the SGS Wise Arena.

An extra week of preparation for the Raiders with their road trip to face London Lions postponed. Paul James’ side return to action this weekend looking to pick up their first win at home to Surrey Scorchers with a first South-West derby of the new campaign on the horizon.

Far from an ideal start for Cheshire. With preparations disrupted with injuries, Ben Thomas’ side have dropped to 0-3 after another unconvincing display on the road against Sheffield. Parker Jackson-Cartwright logged heavy duty with 16 points, seven rebounds and six assists in a 40-minute effort with Louis Sayers hitting five triples in his 15-point haul.

The first change has been made with the signing of GB international Ben Mockford with young guard Johde Campbell the player making way as the first casualty. Cheshire welcome Newcastle Eagles on Sunday as they hope to get their Cup campaign underway.

A second loss in as many weeks for the Scorchers, but again there were signs of encouragement for Creon Raftopoulos’ side which sees them climb off the bottom. They pushed Worcester Wolves all the way in a six-point home loss with Tayo Ogedengbe leading the scoring with 16 points, while Caylin Raftopoulos and Adrian Kiyunu adding 14 points apiece off the bench.

New American Chip Flannigan was held scoreless with one attempt in 20 minutes on his debut, whilst handing out four assists as he gets up to speed in a new league. The Scorchers did enjoy success from beyond the arc as they finished 17 of 34 for 50% accuracy.

The Giants still await their first win this season after suffering a heavy defeat at home to Leicester Riders on Sunday. The visitors put up 33 points in the fourth quarter to swell the final margin of victory, whilst keeping Manchester to less than 60 points, and while that is no disgrace against a strong defensive side, more will be needed as the new recruits gel.

American Jonathon Mulmore made his anticipated debut and struggled from outside, going 1-8 from 3-point range in the midst of flashes of skill. His 14 points were matched by Ingus Bankevics on the Latvian’s second outing, and the Giants will get another shot at Glasgow on Friday when they make the trip to the Emirates Arena.