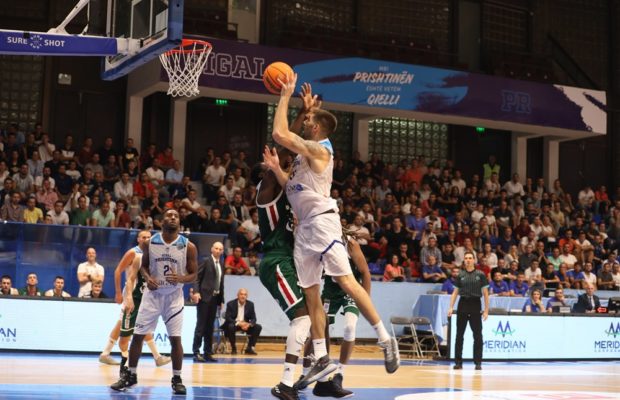 Fahro Alihodzic posted a double-double in a narrow defeat for Sigal Prishtina in the first leg of the Basketball Champions League qualifiers.

The 30-year-old – who made his GB Senior debut in 2015 – returned to action following an injury that forced him to miss last season, posting 20 points and 12 rebounds.

So I haven’t had a real game in a year due to injury. Im super excited for today’s @BasketballCL Qualifier as our season kicks off. All that hard work to get basketball back in my life! Makes me nervous too

Alihodzic went 9 of 16 from the field to lead his team in scoring and also added two steals in 35 minutes of action with Prishtina heading to Poland for the second leg on Friday evening aiming to overturn the 79-81 deficit.

Meanwhile, Ryan Martin was a DNP for Belarusian champions Tsmoki-Minsk as they were beaten 93-86 in their first leg away at Karhu Bakset.