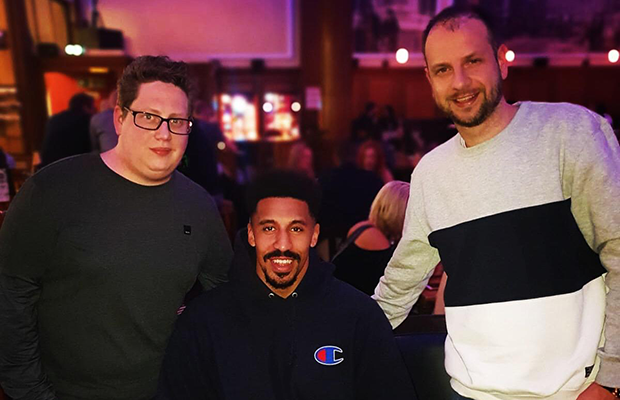 Great Britain Senior Men’s international Ryan Richards has revealed he has an ownership stake with local club Kent Panthers as they prepare for their first foray into national league basketball next season.

Richards became a director of the Panthers in September of 2018, taking a 33.3% ownership stake in the club as he partnered with fellow directors Lee Westbrook, and Martin Friend.

The club was formed as an extension of existing club Maidstone Panthers, founded in 2016 with the goal of being an inclusive, low cost basketball club. The primary focus has been introducing new players into basketball and developing those players into organised community teams, competing locally.

However, they are now rejigging the focus, wanting to ultimately develop elite talent and are beginning with entering teams into junior national league next season.

They will be heading into the 2018-19 season with two junior boys teams; one at Under-14 and one at Under-18, who will both complete in NBL Conference.

“Coming from Sittingbourne in Kent, I really struggled to fit in and didn’t feel accepted,” Richards told Hoopsfix.

“When I was growing up in Kent basketball gave me an outlet to feel accepted and part of something bigger than myself. I want to use my NBA, Euroleague and Asia experience to be a big brother and an outlet to to the kids in Kent.

“My aspiration for the club is to find talent that can reach the highest level. I really believe I can help these kids.”

The club has trials in Maidstone this weekend for any aspiring U14 and U18 players, you can register your interest here.