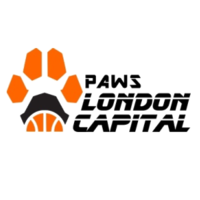 Great Britain Under-20s are now just one win away from promotion to Division A after beating Israel 67-47 to make the semi-finals at the European Championships in Prishtina, on Thursday.

GB move to 2-1 in the second round group – with the loss carried over from their opening loss to Ireland – and they are guaranteed a top-two finish with their final placing dependant on the other result.

Shauna Harrison was also in double figures with 13 points and Loren Christie had 11 points, 10 rebounds and five assists.

Winterburn scored the first eight points for GB and they trailed 10-11 at the mid-point before closing on a 10-1 spell to take control. Harrison scored half of the points at the foul line, while Sian Phillips added a late and-1 to end the quarter.

The gap was cut to two points at 20-18 with GB held scoreless for over six minutes before Horton’s putback stopped the rot. It sparked an 11-0 close to the half with Harrison hitting a late triple to make it 31-18 at the interval.

An even third ensued which kept GB in control and another Harrison three ended the period with the score now out to 49-35.

There was no way back for their opponents as GB closed out yet another convincing win to keep their promotion hopes rolling on.