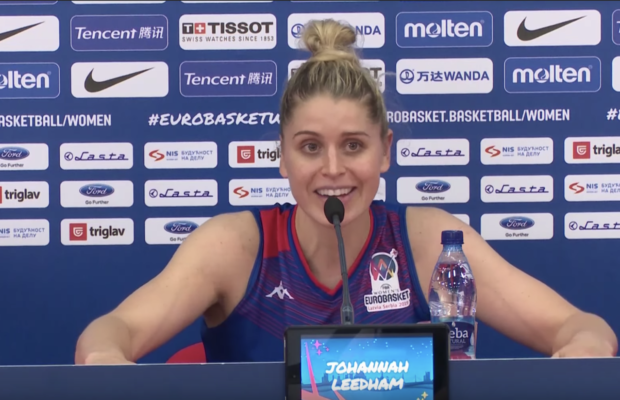 The star forward handed out eight assists to go with 12 rebounds, whilst leading a strong collective effort on defence in GB’s 62-59 triumph to reach the semi-finals.

“I’m so proud of this team,” she said in the post-game press conference. “We came here expecting to do something, but I don’t know if I can say I thought we would be in the semi-finals.

“This team is so special and we are all enjoying the ride.”

She added: “It feels surreal. I’ve been with this programme a long time – we’ve had some ups, but a lot of downs. It speaks volumes for Chema (Buceta) having lifted this programme back up.”

GB will next face France in Saturday’s last four encounter, but are guaranteed to have a shot at a medal on Sunday as they either play for the chance to win gold (silver) or bronze.

And, beyond that, GB will head into one of four Olympic Qualifying Tournaments in February with a chance at making it to Tokyo 2020.

“It was a long-term far-fetched goal, but now it is realistic and something we will really go for,” Leedham said.

“We know now those goals are not far-fetched and we have put Tokyo in our reach.” Meanwhile, coach Buceta paid tribute to Leedham after another selfless display as she continues to display great leadership to epitomise the heart and fight of the team.

“It’s not all about scoring, it’s about defence and helping the team.”

Leedham will lead from the front once more as GB’s semi-final takes place in Belgrade on Saturday at 5pm UK time.