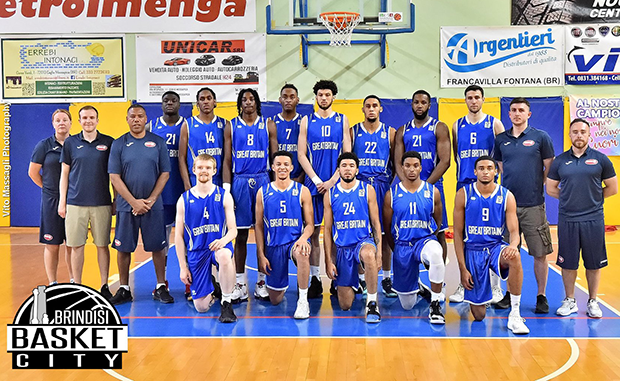 Great Britain Under-20s have begun preparation ahead of the upcoming European Championships with a 13-player squad competing in a friendly tournament in Italy.

They departed to Italy last Monday for a 3-game tournament, taking on Montenegro, Italy and Poland, along with another closed-doors friendly against the host-nation in which they were beaten 87-53.

GB made a strong start in their tournament opener with a 23-19 advantage after the first quarter before Montenegro stormed back in the second to take control. The gap was nine points at half-time and GB played out a competitive second half before going down to an 83-68 loss.

Again, GB started well, and were only down by a single point at half-time against Italy before the hosts pulled away on route to a 57-40 victory with Karl Brown’s side held to 17 second-half points.

GB claimed their first victory by beating Poland 78-57 in their final game of the tournament after dominating the middle periods. After trailing 21-22 at the end of the first, GB racked up 27 points to lead by eight at half-time and increased their advantage to 72-49 with 10 minutes left.

A low-scoring fourth ensued with both sides in single figures as GB were able to secure a comfortable win, led by Jacob Round’s 16 points and seven assists.

Returning to the UK today, they head back to training camp in Manchester before departing for Israel on Thursday, opening the tournament on Saturday when they take on Turkey, before facing France and Montenegro on consecutive days.

Round, Queeley, Kitenge, Robinson and Hayden were part of the GB Under-18 squad last summer that finished seventh in Division A.