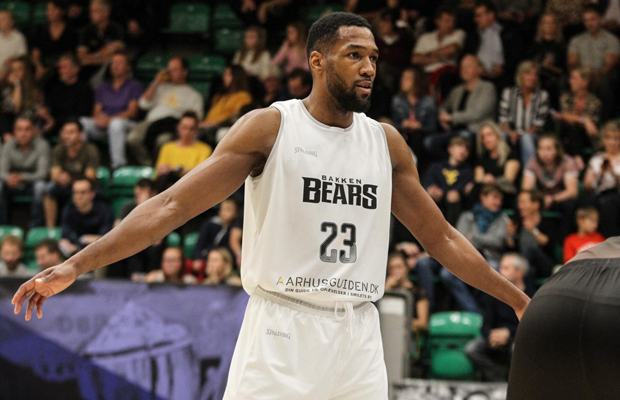 Ryan Martin has helped Danish side pick up their third consecutive league title, after sweeping Horsens IC 4-0 in the finals.

Martin and the Danish powerhouse picked up their 17th league title after a season that also saw them reach the quarter finals of the FIBA Europe Cup, as Martin has played an instrumental role with the team.

The 6’9″ forward averaged 12.4 points, 5.3 rebounds in less than 20 minutes per game, whilst shooting 53% from the floor on the season. He hit double digits twice in the finals, including a series-best 15 points and 8 rebounds in just 16 minutes in Game 1.

The Bears went 21-2 through the regular season in Denmark, whilst also competing in the FIBA Europe Cup, where they went 12-4, being eliminated in the Quarter-Finals to fellow Brit Gabe Olaseni’s s.Oliver Wurzburg.

Martin received his first call up to the Great Britain Senior Men in February, before being forced to withdraw through injury.