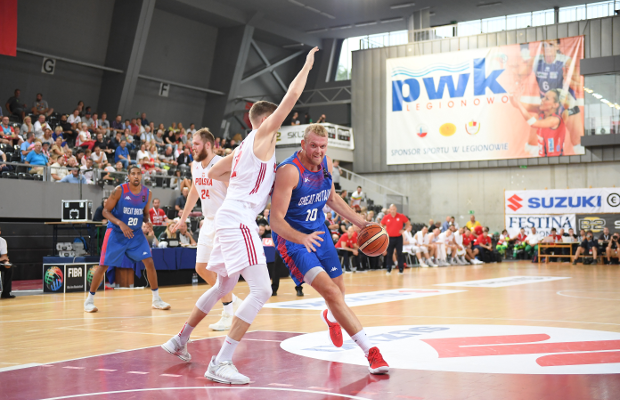 The 12-man roster for the Great Britain’s men’s national team has been revealed ahead of the crucial EuroBasket 2021 pre-qualifying encounters at home to Cyprus on Thursday, 21 February and away to Austria on Sunday, 24 February.

Great Britain men’s head coach Alberto Lorenzo and his team need to win their remaining two games in order to advance to the EuroBasket 2021 qualifying stages, otherwise they face a third and final pre-qualifying route this summer.

Lorenzo hands senior debuts to Leicester Riders’ Conner Washington and Bakken Bears’ Ryan Martin in an otherwise familiar line-up as they look to progress to the qualifying rounds, proper of EuroBasket 2021 next summer.

Lorenzo said: “I want to offer my congratulations to both Conner and Ryan for working hard and earning their places in this team.

“I’m sure they will make the most of the opportunity alongside some of the more experienced players. Hopefully they can both make an impact during this window and become long term additions to our plans.”

Lorenzo said: “I am pleased to be able to name such an exciting roster of players and I’m looking forward to getting into camp and working with this group ahead of the games against Cyprus and Austria.

“We know the task ahead of us, what we need to do, and now we have to make sure we execute. It’s going to be an important window for us but I believe we have what it takes to qualify from our group.”

GB will look to do the double over Cyprus at the National Basketball Performance Centre in Belle Vue, Manchester, defeating them 75-61 in Nicosia the last time they met on 3 December.

However, they need to better Austria’s 14-point win in November as 18 points from Myles Hesson wasn’t enough as the Austrians secured a 96-82 win at the National Basketball Performance Centre on 29 November.