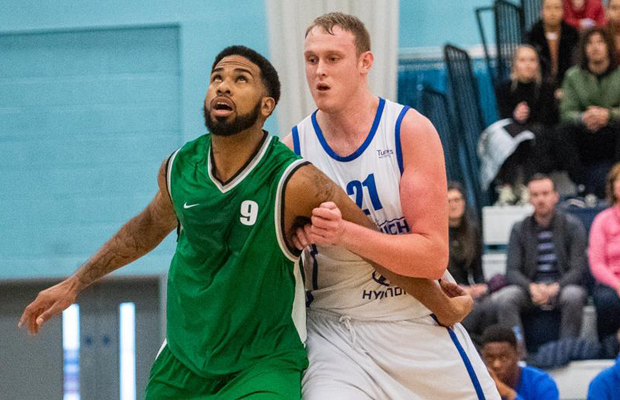 Westminster Warriors dominated the second half to defend their Patrons Cup title with a 98-64 rout of Ipswich on Sunday afternoon at UEL SportsDock.

Warriors outscored Ipswich 28-9 in the third period to take a 25 point lead into the fourth quarter and cruise the rest of the way.

Juan Manning was named MVP, going 8-for-13 from the field for his 20 points and 6 assists.

Seventeen year old Ethan Price dominated the first half, where he scored 21 of his 23 points to keep Ipswich in it.

“I thought we had a rough first quarter and then picked it up a bit,” Manning said.

“Ethan Price had a great first half. Second half we just came out attacking, we knew what we needed to do; key in on Ethan. It feels to great to be champions, having beat Thames Valley last year, it’s great to go back-to-back and leave our mark on it.

Jon J Johnson had 16 points and 13 rebounds, Justin Hitchman had 15 points, whilst Florian Damptey joined them in double figures with 10 points.

“First half was feeling out their game plan,” Johnson said. “Their go to guy, Ethan Price, he’s a baller, he did really well today. Young boy coming up, no holds barred and that was good to see.

“I think he had a slower second half; that was one of our ideals was to clamp down on him and second half was where we were able to take off.”

“An amazingly well drilled veteran team they had, whilst I have an amazingly young team who is looking good for the future,” Ipswich Coach John Ellis said.

“We were in it, but I think that with our young guys I think the occasion got to them, and that’s where we lost it in the second half.”