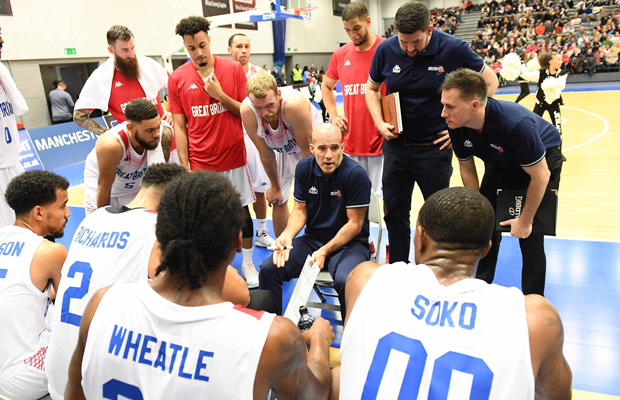 British Basketball has received a funding boost, as UK Sport has announced they’ve been confirmed as one of four sports to receive funding following a second wave of awards as part of the new Aspiration Fund.

GB announces they are to receive a further £75,000 in funding in support of upcoming events and qualifiers from UK Sport as part of left over allocation from the Aspiration Fund.

Basketball’s initial application to access funding from the new £3million pot was rejected in December after UK Sports assessment that the chance of a GB team qualifying for the Olympics in 2020 was unlikely.

However, £118,496 of the initial Fund was held back by UK Sport after the first round of allocations were announced. £75,000 has now been earmarked for basketball, a contribution specifically in support of upcoming events and qualifiers.

“I want to express my thanks to UK Sport for their latest show of support,” Maurice Watkins CBE, Chair of the BBF commented.

“This news is another step forward for basketball and whilst we were disappointed to miss out during the initial allocation from the Aspiration Fund, we are pleased to have now been awarded additional financial assistance as our teams gear up for an exciting 2019.”

Liz Nicholl, CEO of UK Sport said: “We are delighted that we are able to reach more sports and athletes through our Aspiration Fund investments as we have looked to make the £3 million from Government stretch as far as possible. ”

Based on the Sport England Active Lives survey released last month, basketball has cemented its place as the second most popular team sport in England. Over 1.2 million people play the sport on a regular basis and over 900,000 children under the age of 16 play weekly.

In November the GB Women’s team qualified for EuroBasket 2019, jointly hosted by Serbia and Latvia in late June and early July. GB have been drawn in Group A with defending champions Spain, as well as co-hosts Latvia and Ukraine. The top 3 sides in the group will advance to the Finals Round, with the 4th placed side being eliminated.

“We believe that basketball changes lives and enhances communities, and we know from our partners in England, Scotland and Wales just how much basketball is growing in popularity, and what it means to people of all ages,” added Watkins.