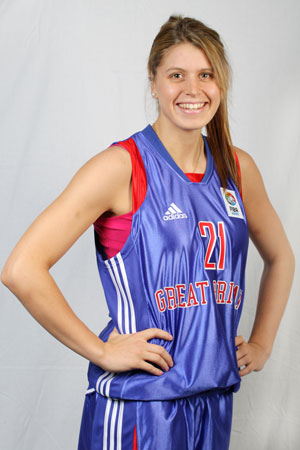 Loughborough Riders had little trouble dispatching of Reading Rockets with an 81-54 victory to claim the 2019 Women’s National Cup on Sunday at Essex Sport Arena.

Holly Winterburn dominated, particularly in the first half, on her way to MVP honours with 27 points, 10 rebounds, 5 assists and 5 steals on 11-of-17 shooting.

The Oregon signing had 13 points in the opening quarter and 20 with five minutes to play in the first half, as Loughborough used a 19-0 run bridging the first and second quarters to take a commanding lead they would not give up the rest of the way.

“It feels really good,” Winterburn told Hoopsfix. “To lose a couple of finals last year, lose yesterday and to really come together today to produce a good performance today was really good. I think we pushed the ball, learnt from yesterday what the mistakes were and had the confidence in each other to knock down shots and make plays when we needed it.”

“(It feels) incredible. I’ve been with this Division 1 group for five years, always trying to win something, we’re always young and fall shot, but last couple of years this group has been resilient, and then the reward comes here right now, with 11 out of the 12 players coming from the college.”

“Loughborough were much better than us playing today. They moved the ball really nice and caused us problems with the defence they were bringing to the game. They shot better than us too, and something we need to learn from. We have a lot of young players, but this will be a learning experience for them.”