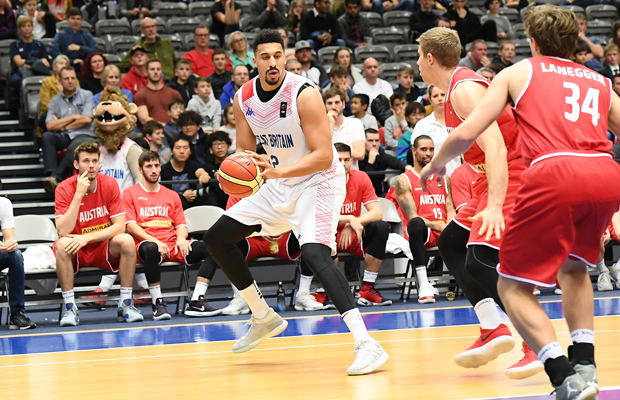 Richards becomes the latest British talent to sign domestically for the first time, as the 7’0″ big man will be representing the club over the festive period and is available for this weekend’s BBL Trophy tie against NBL Division 1 side Worthing Thunder.

“We consider ourselves very lucky that Ryan was happy to help us out over the next few games,” said head coach Creon Raftopoulos.

“He is a very high calibre player which will really give the team a much-needed boost whilst we look to fill our Forward roster spots.”

Richards has been training with the Scorchers throughout December and Raftopoulos feels his experience will help the team find their form for the upcoming run of away fixtures.

“His experience at the top level will be vital for the young players on our roster,” the Scorchers coach added.

“We’re very excited to have him with us, and we hope the Scorchers fans are too.”

Richards added: “I’ve always had a great relationship with Coach Creon, and I’ve honestly missed playing the game during the season break.

“He is a big supporter of the way I play as I’m not a traditional big, so I’m hoping I can bring some more versatility to the Scorchers’ offensive game.”

He joins GB team-mate Josh Steel in Surrey and said he has enjoyed being part of the team.

“Josh is like a little brother – he’s extremely talented and I hope I can help him progress while I’m here.

“I’m grateful to the Scorchers’ strength and conditioning team for helping me get my body where it needs to be and ready for the league.”