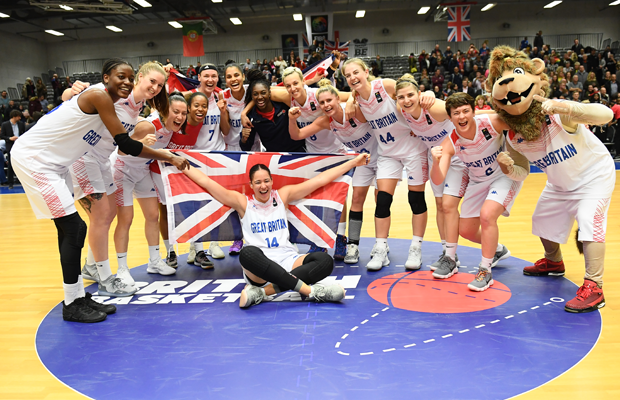 Great Britain Senior Women will face co-hosts, Latvia, European champions, Spain and Ukraine in Group A at next year’s EuroBasket Women, which will be held in Latvia and Serbia following the draw staged in Belgrade.

Honestly… this competition is about to be 🔥 every group is tough! #eurobasketwomen2019 but we goinn to Riga baby 👍🤞😘😜 is it June yet?!

Great Britain were placed in the fourth pool of seeds in the draw, following their EuroBasket Women 2019 qualification success where they topped Group D ahead of Greece, Israel and Portugal.

“We did a great job being able to qualify and now we have to be ambitious in the final phase of EuroBasket Women. Our group is tough, as all the groups are. This is the 16-team EuroBasket, with no room for weak teams.

“We have to focus on ourselves and prepare well for each game, game-by-game, step-by-step, believing on what we have proven we can do.”

EuroBasket Women runs from 27 June until 7 July with the final round including the final in Belgrade.

The full groups are as follows: