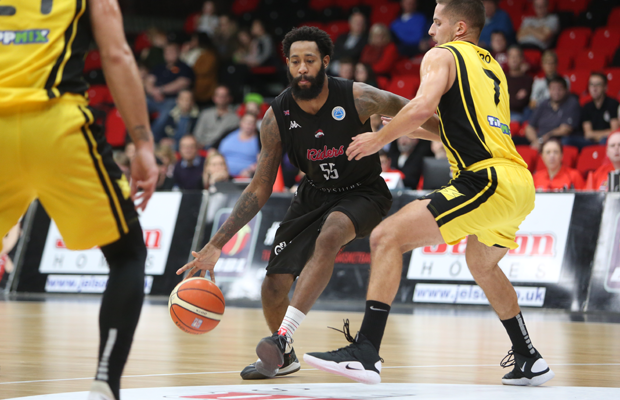 Returning home would not help Leicester as they continue to look for their first win in Europe of the camp after going down 95-84 at the hands of Falco Vulcano on Wednesday night in Leicester.

Holding a six point lead at halftime, the Riders fell apart in the fourth as Vulcano led by as many as 15 in the final period. With Riders railing by just 1 point with with 1:38 to play in the third, the visitors reeled off an 11-0 run bridging the third and fourth quarters to gain a cushion they would hold the rest of the way.

JR Holder led Leicester with 19 points on 6-for-10 shooting, Wayne Martin Jr added 18 and DeAndre Burnett had 13 points but had 7 of Leicester’s 15 turnovers.

“The first half we came out well,” Riders new signing Wayne Martin Jr commented. “The second half we came out passive. We did not rebound well and missed a couple of rebounds we should have got they took the game from us.”

Falco Vulcano were led by a 28 point outing from Stefan Balmazovic, but Riders can’t help feel it was a missed opportunity.

“Disappointing night for us as there was stretches of this game that I felt that we were in control,” Leicester Riders Head Coach Rob Paternostro said.

“I thought that the first half we should have been up more, I think we shot 70% from the field but we couldn’t get the stops that we need to extend the lead.

“In the second half they came out and shot well at times tonight and had 11 threes. We scored 82 points but we turned the ball over 16 times, that was the issue for us.”

Leicester will now look to wrap up the competition on a high next week when they take on Szolnoki Olaj, again at home, on Wednesday evening.