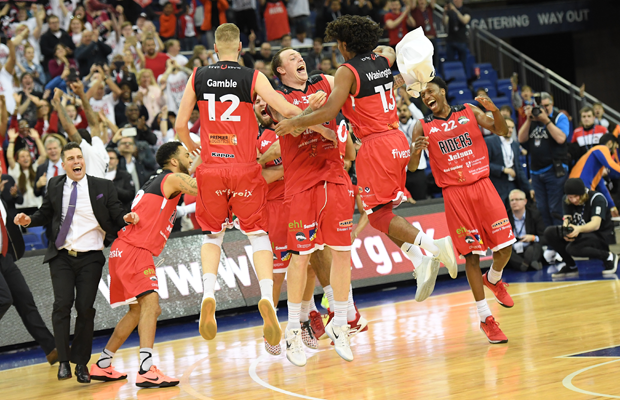 The BBL is to test new, automated TV production in December 2018 with a view to introducing the cutting-edge technology into its TV production.

Should tests be successful, the League will be the first professional sports league in the UK to employ the technology for TV broadcast purposes.

“This is a significant development for the British Basketball League and the sport in general,” BBL Commercial Director Bob Hope commented.

“The production quality we have witnessed during pre-tests has been exceptional. I have been involved in basketball and TV production for over 30 years. There is no doubt in my mind that automated TV is going to radically alter the way in which sports are covered for linear television and OTT streaming platforms in the future, and I am immensely proud that BBL is pioneering this exciting and brand-new technology in the UK.”

Three years ago, BBL began to consider automated TV production systems to cover its 242 league games per year, but at the time the technology needed more refining.

However, over the past 12 months the BBL has been working closely with a number of automated TV providers, testing systems and advising manufacturers on its requirements for basketball.

As a direct result of this work and recent developments in technology over the past year, BBL is to become the first professional league in the UK to televise a game using an automated TV system: DBL Sharks Sheffield v Esh Group Eagles Newcastle on Friday, 14 December at 7.30pm.

The game will be broadcast live on the BBL website (www.bbl.org.uk).

The SmartCourt system, (which includes both hardware and software) has been developed in Israel by leading technology company, PlaySight and is currently being installed for the BBL test at the English Institute of Sport, Sheffield, the home of the Sheffield Sharks, in conjunction with BBL media partner, The Perform Group and BBL TV production partner, Televideo.

“The BBL has been very thorough in their testing of basketball technologies, and we are thrilled that they have gone with our SmartCourt platform for this test,” Chen Shachar, CEO and co-founder, PlaySight said.

“As a company, we’re driven by athlete development and improvement, but along the way have developed an affordable and high-quality broadcast component using the new technology – which we call automated production.”