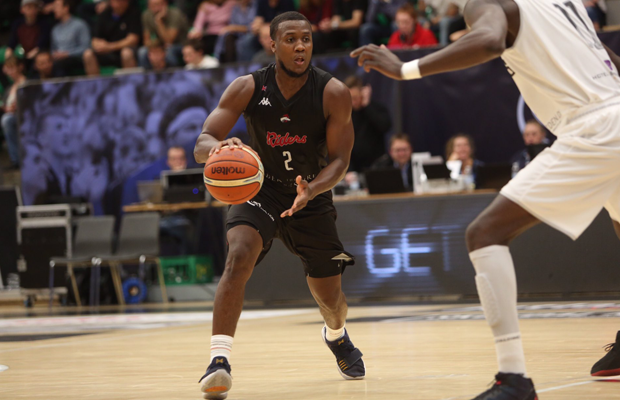 Leicester Riders’ Basketball Champions League campaign came to an end with a 103-84 loss to Bakken Bears in Leg 2 in Denmark, for an aggregate defeat of 193-161.

The Riders will now compete in the FIBA Europe Cup, playing either Portugal’s Benfica or Italy’s Dinamo Sassari (considerably more likely) with three home and three away games in the opening group stage of the competition, the first of which takes place on October 17th.

After keeping the opening leg close enough, Bakken left no doubt in the subsequent match-up, leading by as many as 31 points in the third quarter and putting on a highlight show as the Riders had no answers.

“The first four or five minutes the guys really dug in defensively but the story of the two games, we couldn’t finish around the basket when we got some look,” Leicester Head Coach Rob Paternostro commented.

“Once they got going, they are a fast team in transition and got away from us bit. They shot the ball really well, 13 threes for them today. We are going to have a pick ourselves up as we played a really good basketball team today, if you don’t play really well and make mistakes they are going to punish you

“The trip has been good for us, it’s been a long trip and we are going to have to get used to that. I felt that our guys kept fighting and the number could have been a lot higher – I thought that Holder got going a little bit today which was good to see. We now have a good amount of time to figure out what we need to do to continue to get better and we we will.”

JR Holder led Leicester with 17 points, whilst DeAndre Burnett – who was impressive with 24 points in the opening game – was held to 14 on 3-for-14 shooting, adding with 6 assists.

Brit Ryan Martin, who was limited by foul trouble in Game 1, had a much stronger showing with 12 points, 4 rebounds, 3 assists and 1 big block on a dunk attempt.