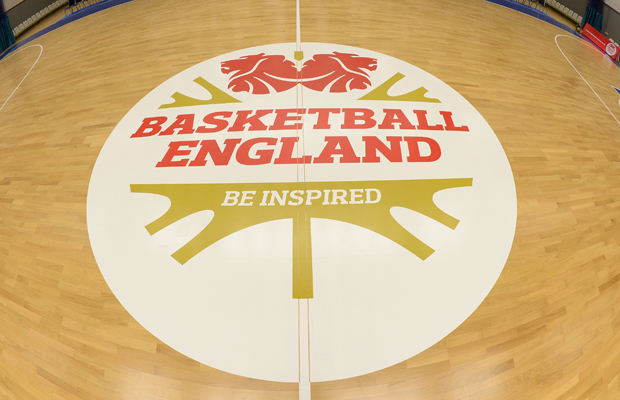 Basketball England (BE) has unveiled their plans to attempt to implement a world-class Talent System & Pathway that aims to better identify and nurture the potential of all stakeholders in the sport at every age and stage.

Scheduled to run over the next three years (2018-2021) and utilising significant insight from the Basketball England’s Basketball Development Model (BDM), BE say they are aiming to ensure that players, volunteers and professionals develop in an inclusive and progressive pathway and fulfil the sport’s potential.

The new system aims to be:

• Clear and player-led, with transparent standards, targets and objectives
• Centralised to create consistency and efficiency
• Professionalised
• Less about selection and deselection

It is hoped an athlete-centred culture and ethos will create a greater sense of ownership, confidence and self-management among those within the Talent System & Pathway, in turn allowing players to show an increased ability to perform in pressure situations.

“We’ve strategically put talent at the very heart of this System and Pathway as it’s that exact attribute that should be the fundamental cornerstone of any sports development programme,” said Basketball England’s Programme & Pathway Integration Manager Charlie Ford.

“The player-led and professionalised Talent System and Pathway are clear and transparent in terms of what they set out to achieve, with the over-arching objective undoubtedly being the development and production of male and female players that can consistently perform at the very highest level.”

And though some of the GB Junior teams have been experiencing success – with both the U18 and U20 men retaining their Division A status this summer – BE believes for these successes to become commonplace, changes need to be made, that include:

The overriding aim is ultimately to see the best talent being selected, while also achieving consistency, cost efficiencies, equality and inclusivity as well as retaining & developing professional staff.

In line with this, they also believe there needs to be a pronounced shift of emphasis away from a quota system to a threshold led approach, with a focus on a basketball player’s skills and ability in line with a new ‘Player Development Framework’ which will be officially launched in late September. 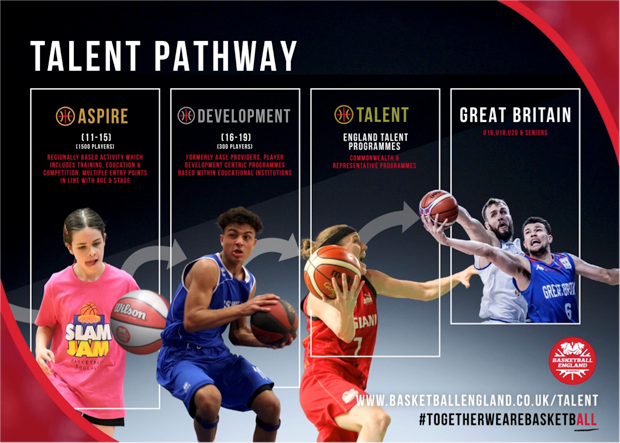 From a pool of around 20,000 players at clubs and schools, those earmarked as suitable candidates through a new National Scouting, Talent Identification & Tracking Process will be invited to regularly attend a Regional Talent Hub (RTH) at an accredited and local/nearby university.

Those aged 11-15 will be incorporated into the Aspire Programme, while players between the ages of 16 and 19 will enter England Development Programmes (EDPs).

However, the model is designed so there is clear scope for certain players to be inserted at various points along the Pathway as they try to reach the England Talent Programmes and ultimately the GB teams.

BE claim there will be a far greater synergy with the clubs and schools’ networks throughout the entire Talent Pathway, with the eventual result of improving the applied practice and knowledge of those clubs and associated workforces being a significant uplift for the players among a pivotal age demographic.

“One of the real strengths of this new way of working will be the enhanced collaboration between different components across the entire Talent System and Pathway,” Ford added.

“Whether it’s the interaction between the Regional Talent Hubs and the various, different programmes (Aspire, England Development, England Talent & GB U16, U18, U20 & Seniors) along the Pathway or the exchange of information from clubs & schools through the National Scouting, Talent Identification and Tracking Programme that’s intrinsically inherent to the Talent System model, it should all be of great benefit to English basketball and the betterment of it over time.”

For further details on the outlined plans for the new Talent System & Pathway, click here for Talent Pathway, here for Player Development Framework, and here for Regional Talent Hubs.