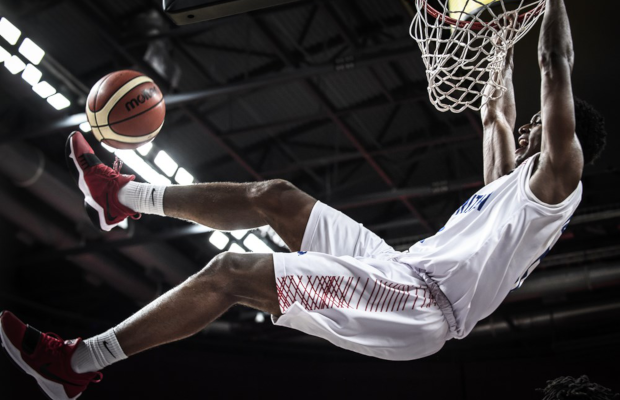 Great Britain Under-18s suffered a 100-68 loss against Lithuania at the European Championships in Riga, on Saturday – and will now play for 7th place.

Alan Keane’s side needed to win both of their final games to qualify for next year’s FIBA U19 World Cup, but can no longer finish 5th following their second loss against Lithuania of the tournament.

Kareem Queeley top scored with 15 points in the loss with Hosana Kitenge adding 14 points and nine rebounds, while Tomiwa Sulaiman had 10.

GB were competitive early on, but never led by more than a single basket as Lithuania opened up a 24-18 advantage after 10 minutes. Mate Okros, Sulaiman and Queeley all hit threes early in the second to help bring GB within one.

However, Lithuania restored control with a strong finish to the half as they established a 53-36 lead to take into the break. And, the gap continued to grow in the third as the advantage hit 30 points at 81-51 with the game already beyond GB.

They kept battling in the fourth and were narrowly edged out in the final quarter, 19-17, in an encouraging finish to the contest as Lithuania reached their century.

GB will next take on Montenegro in the 7-8 Classification round tomorrow (Sunday) at 12pm UK time.