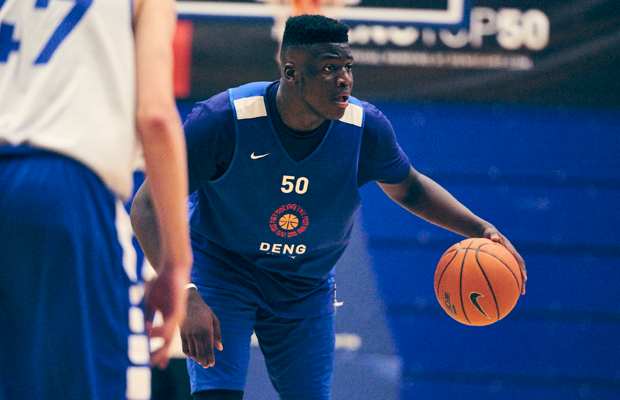 The official top 50 list for the 2018 DENG Top 50 camp UK edition has been released, ahead of the four day camp taking place from 22-25 August at Crystal Palace National Sports Centre.

Luol Deng’s camp is returning for its fifth year since the reform into a top 50 ranking format, focusing on the highest level of Under-19 players to hail from the UK; the 2018 edition will see a number of new additions to the camp, including allowing USA-based players to compete for the first time, and a showcase exhibition featuring alumni from the event.

Other additional features include Gatorade combine testing in partnership with the NBA, video breakdowns via Krossover, one more additional Head Scout to help evaluating players, and a player performance seminar to go alongside a coaches development workshop.

The four-day camp will culminate in the Alumni game an All-Star game, where the Top 20 players on the camp battle for the final bragging rights of the summer, on Saturday 25th August at 2:30pm and 4:30pm respectively (free entry).