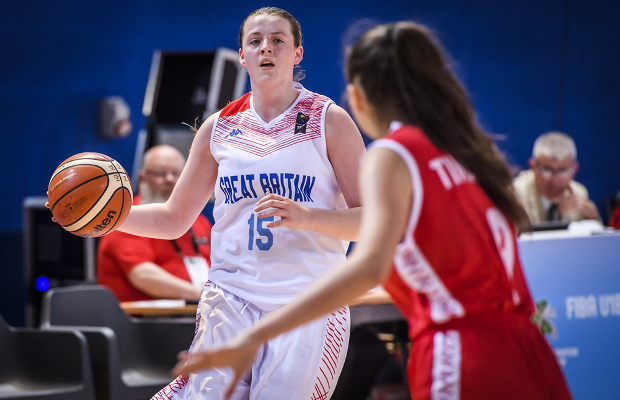 Fourteen players have been selected in the initial Great Britain Under-18s Women squad ahead of the European Championships.

Alix Henderson, Charlotte Ellmore, Shauna Harrison and Holly Winterburn – who was named to the All-Tournament Team – were part of last year’s squad that finished fourth.

Only two players were based outside of the UK last season in Loie Webb and Charlotte Mackay who played in Australia and Canada, respectively.

Harrison and Loren Christie were part of the GB Under-20s squad that finished 10th in Division B in Oradea, Romania.

The Under-18s will once again be led by Sheffield Hatters’ Head Coach Vanessa Ellis with GB Senior international Chantelle Handy also part of the coaching setup.

GB Under-18s open their Division B campaign against tournament hosts, Austria, on August 3 with games against Turkey, Montenegro, Netherlands and Denmark to follow.