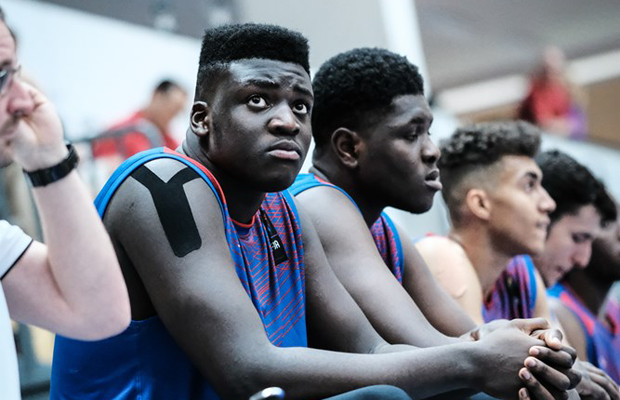 Great Britain Under-18s suffered a tough start to their preparation with an 82-50 loss at the hands of Spain in Melilla, Spain on Thursday evening.

GB were unable to build on a strong start that saw them leading earlier, as they trailed by 17 at halftime.

Spain opened the second half on an 15-0 run to take the lead for good, leading by as many as 37 as GB were dominated on the glass, being out-rebounded 63-30.

Kareem Queeley led GB with 15 points and was the only player in double figures, as Jacob Round added 9, Nathan Robinson 8 and Tomiwa Sulaiman 6.

“As our first game together it gave us a lot of opportunities and evidence of where we are and what needs attention moving forward. To compete better at this level we need to be a lot better on the boards and transition defence.

“We have been together only 4 days so I’m confident we will get better each day. We have great guys who work hard but need to give more in every moment”.

GB will now play games against Turkey and Israel as part of the four-team tournament that runs until the 14.